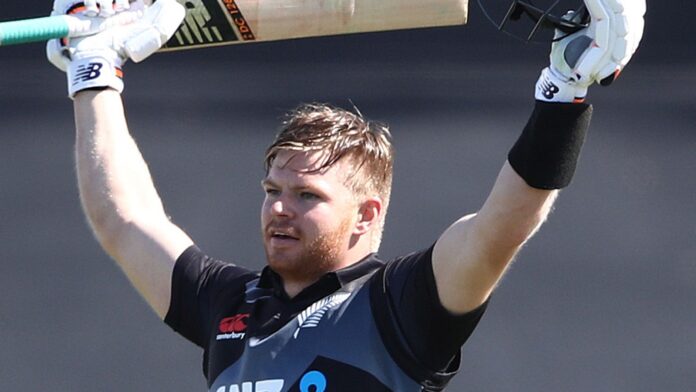 Glenn Phillips smashed a 46-ball century as New Zealand piled on 238-3 en route to a series-sealing hammering of West Indies in the second T20I at Mount Maunganui.

Phillips’ first T20I ton was the fastest by a New Zealander, beating the 47-ball hundred Colin Munro had scored against West Indies at the same ground in 2018.

The 23-year-old struck eight sixes and 10 fours in his 108 from 51 balls despite his kneecap popping out for the second game running as the Black Caps posted their third-highest T20 total to set up a 72-run victory.

Phillips bossed a 184-run stand from just 85 balls for the third wicket with Devon Conway, who made an unbeaten 65 off 37 deliveries for his first T20I fifty.

West Indies’ bowlers were thumped around Bay Oval – Keemo Paul blasted for 64 runs from his four overs – and their batsmen could only reply with 166-9.

Giant Kiwi seamer Kyle Jamieson claimed 2-15, including Brandon King for a golden duck, while Phillips took two catches, with the pick of them a screamer on the boundary to dismiss Windies debutant Kyle Mayers.

Windies captain Kieron Pollard – who smashed 75 not out from just 37 balls in his side’s defeat in the first T20I – top-scored again for the tourists, but this time that was a 15-ball 28, which included three sixes in a row off Mitchell Santner.

The final T20 international will be held at Mount Maunganui on Monday, before a two-Test series begins in Hamilton on December 3.