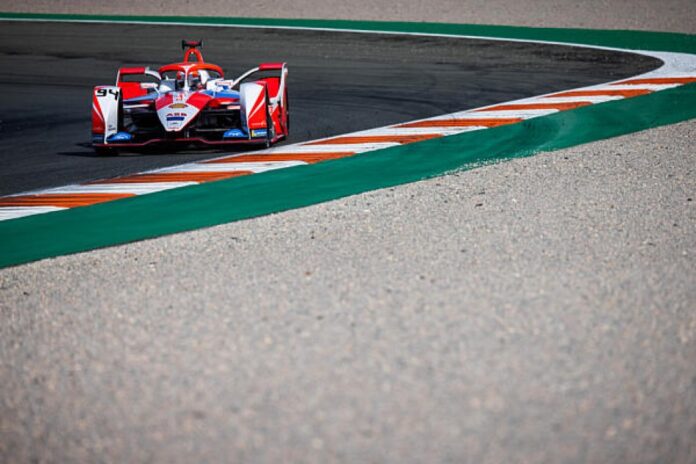 Mahindra Racing’s Alex Lynn shot to the top of the timing screens on day two of the ABB FIA Formula E World Championship test in Valencia today (29 November), as teams took part in a race simulation as part of their season seven preparations.

For much of the second day’s running around the Circuit Ricardo Tormo in the Mediterranean port city, defending champion António Félix da Costa’s morning benchmark for DS Techeetah looked unlikely to be troubled, but Lynn – who contested the six end-of-season Berlin races for Mahindra back in the summer – had other ideas.

As the chequered flag was unfurled at the end of the afternoon session, the Briton flashed across the line in a time of 1:11.941, a scant seven thousandths-of-a-second quicker than da Costa’s earlier effort. Indeed, on the combined timesheet, scarcely seven tenths-of-a-second covered the entire 24-car field – promising a sensational season of racing ahead in the all-electric single-seater series.

As he was yesterday, da Costa was a factor throughout and ended up second overall on a 1:11.948, with the following three drivers all similarly posting their fastest laps in the morning. Maximilian Günther placed third for BMW i Andretti Autosport (1:12.049), ahead of Nissan e.dams’ Oliver Rowland in fourth (1:12.161), with two-time title-winner Jean-Éric Vergne putting both DS Techeetah cars inside the top five in fifth (1:12.184).

Impressive rookie Jake Dennis improved three places on his Saturday form to claim sixth position with a best lap of 1:12.306 for BMW i Andretti Autosport, not far behind team-mate Günther.

Underlining the close and competitive nature of the championship heading into the forthcoming campaign, the next four drivers all finished within barely three hundredths-of-a-second of Dennis’ time. Sam Bird wound up seventh for Panasonic Jaguar Racing (1:12.315), with Saturday morning pace-setter Edoardo Mortara eighth for ROKiT Venturi Racing (1:12.323). Robin Frijns (Envision Virgin Racing) and Lucas Di Grassi (Audi Sport ABT Schaeffler) completed the top ten, both stopping the clocks with an identical time of 1:12.338.

During the afternoon session, all of the drivers participated in a full-length ‘test race’ simulation, which included full-course yellows and a safety car intervention.

Following a day of off-track activities tomorrow, testing will conclude on Tuesday (1 December) with one final six-hour session beginning at 09:00 local time.