Home Sport Team of the 2020 season 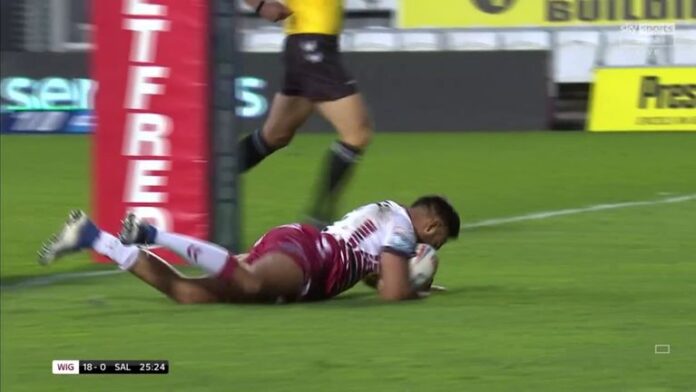 The 2020 rugby league season produced plenty of stand-out moments and performances both here in the UK and in Australia.

Despite the disruption caused by the Covid-19 pandemic around the world, both Super League and the NRL were played to a conclusion, with the curtain coming down last Friday when St Helens snatched an 8-4 win over Wigan Warriors in the Grand Final.

With the honours now decided for another year, we have trawled through the statistics for both the regular season and play-offs, and put together a team of some of the players who starred in both competitions…

French ultimately missed out on the Man of Steel prize and Grand Final glory with Wigan, but his stellar first full season with the club earns him the full-back spot in our team.

The arrival of Latrell Mitchell at the Rabbitohs left many wondering what the 25-year-old’s future held ahead of the 2020 NRL season, but a switch out wide from full-back reaped rewards for both Johnston and the team.

The Papua New Guinea international led the league with an impressive haul of 23 tries in 22 appearances, along with carrying for 2,256 metres with an average gain of 10.3 metres per carry. He also made 54 tackle busts and 24 line breaks.

Hardaker’s impressive displays at full-back in 2019 saw him claim a hat-trick of honours at Wigan’s end-of-year awards, but he had to move to the centre this year following the emergence of Bevan French.

The 29-year-old made the transition seamlessly, though, and proved a constant threat with the ball in hand. He carried for a total of 1,855 metres with an average gain of just shy of eight metres, making 11 clean breaks and 82 tackle busts, plus scoring four tries, assisting five and kicking 66 goals.

The 24-year-old’s consistent performances for Warrington in the three-quarters during 2020 saw him earn a place in Super League’s Dream Team for the first time in his career, most notably keeping attacks going by offloading more times (42) than any player in the regular season.

King assisted 11 tries for the Wolves as well, scoring twice, along with making 12 clean breaks, five supported breaks and 77 tackle busts on the back of carrying for a total of 1,830 metres with an average gain of 7.6 metres.

Handley made the Super League Dream Team for the second year running after finishing as the competition’s top try-scorer with 15, while his two tries against Salford Red Devils in the final at Wembley helped Leeds lift the Challenge Cup as well.

A deeper look at his numbers reveals the 24-year-old made more metres than any other player in Super League (2,702) at 9.8m per carry, was second in initial breaks (25) and first in supported breaks (11). The winger also made 67 tackle busts.

The 30-year-old capped a strong year for St Helens by claiming the second Grand Final winners’ ring of his career and being named as stand-off in the Super League Dream Team for the second time in his career.

How instrumental Lomax was to Saints making it back-to-back titles is underlined by the fact he assisted more tries than any other player in the competition this year with 21. He made 10 clean breaks and three supported breaks while carrying for 1,812 metres too, along with having 10 of his 29 kicks retained.

The 23-year-old finished third in the Dally M player of the year award voting and was named as the NRL’s half-back of the year after helping the Panthers finish as minor premiers and reach the Grand Final for the first time in 17 years, where they lost to Melbourne Storm.

Cleary provided more try assists than any other player in the NRL with 24 and led the way with 40-20 kicks as well, kicking four. He was the third-highest goal-kicker with 86 and made 889 metres with the ball in hand for a 7.5-metre average gain on the back of 34 tackle busts and eight line breaks.

Another player who made the Super League Dream Team for the second time in his career, Walmsley caught the eye for Saints with his try-scoring efforts – being comfortably the highest-scoring prop in the competition in 2020 with nine.

The 30-year-old was the league’s third-highest metre maker as well, carrying for 2,435 with an average gain per carry of 8.6 metres. He also made 82 tackle busts – joint-second in the league with Hardaker – and got away a fourth-highest 61 quick play-the-balls.

Although Castleford struggled at times after the Super League season resumed in August, McShane carried on with his impressive displays which had helped the Tigers making a flying start to the campaign pre-lockdown and was named this year’s Man of Steel.

He was one of only two players to make over 1,000 metres with dummy-half scoots, had an average gain of 9.6 metres per carry, and made the sixth-highest number of tackles in Super League during the regular season with 604 at a 92 percent success rate.

Named as one of the NRL’s best props this year along with Canberra Raiders’ Josh Papalii, the New Zealand international was one of the cornerstones of the Penrith pack during their incredible 17-game winning run.

Fisher-Harris made more post-contact metres than any other player in the competition with 1,534 and averaged 9.2 metres per carry with the ball in hand. He also made the second-highest number of tackles for a prop with 788.

The back row has been one of the unsung heroes of Kristian Woolf’s title-winning team in 2020, particularly in defence after making 69 tackles in the Grand Final to take him to a total of 733 – the fourth-highest in Super League – and a 94 per cent success rate for the entire season.

Bentley contributed five tries and made 11 clean breaks – the third-highest number for a back row in both categories – along with carrying the ball for 1,234 metres with an average gain of 6.3 metres per carry as well.

Arguably the outstanding second row of the year, Wigan’s testimonial man rated highly in a number of statistical categories to help the Warriors claim the League Leaders’ Shield and reach this year’s Grand Final.

Farrell racked up the second-highest number of tackles (758) and metres made (2,636) in Super League and averaged 8.3 metres per carry along with making 19 clean breaks. He scored more tries than any other back row with eight too, plus he provided five assists.

St Helens’ Morgan Knowles took the No 13 position in Super League’s Dream Team for 2020 after an impressive campaign, but we have given Huddersfield loose forward Lawrence the nod on the back of some of the numbers he put up this year.

No player made more tackles than Lawrence during the regular season as he made 749 with a 97 per cent success rate. The Jamaica international also carried for 1,602 metres with an average gain of 6.6 metres.