Home Culture George Clooney cuts his own hair with a device attached to a... 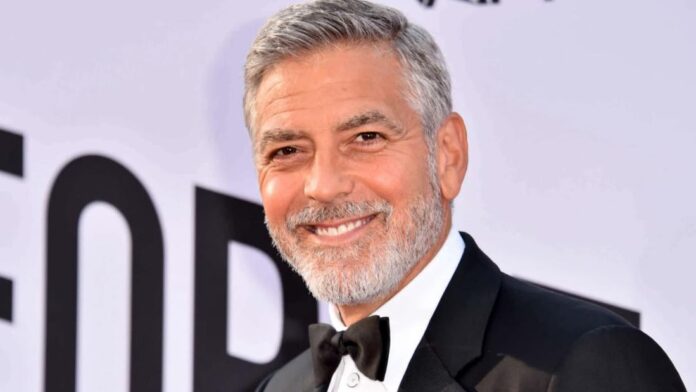 Some went to work at their kitchen tables, others soothed the world’s anxieties with a cringe-inducing John Lennon cover, and one reflected on the unity of humankind from her bathtub.
But George Clooney, in turns out, was more prepared than most of his peers for a stint locked down at home.
The actor has revealed he’s been cutting his own hair for the past 25 years with a 1980s-era contraption that he attaches to a vacuum cleaner.
Clooney revealed the trick when asked by CBS about how he adapted to months of lockdown in 2020.
“I’ve been cutting my own hair for 25 years,” he said. “Years ago, I bought a thing called a Flowbee. It comes with a vacuum cleaner and clippers. I still have it.”
A Flowbee is a device invented in the 1980s that can be placed on the end of a vacuum cleaner to trim hair.
“My hair’s like straw, so it’s easy to cut,” Clooney explained, before imitating the noise the machine makes as it hoovers up his million-dollar locks. “Listen man, it works,” he said.
Earlier this month the actor revealed that he once gave away $14 million in cash to his closest friends while working on the hit film “Gravity.”
He shared the anecdote in an interview with GQ, which crowned Clooney its Icon of the Year, among other honorees like Megan Thee Stallion and Trevor Noah.

The Up-to-75%-Off Levi’s Warehouse Sale Will Restore Your Faith in the...