Home Lifestyle Nike’s OG Killshot Sneakers Are Marked Down to Just $60 for Cyber... 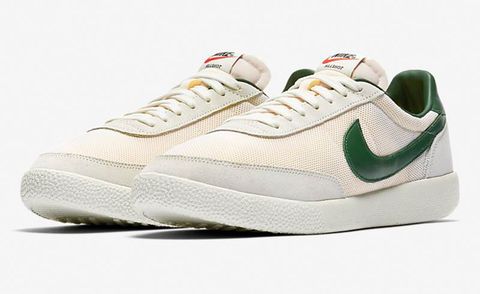 It’s a rare sneaker that has the ability to inspire dizzying levels of demand among sneakerheads and non-sneakerheads alike. For much of the last decade, the Nike Killshot 2 was that sneaker. Initially released through the Swoosh’s partnership with J.Crew, the Killshot 2 was a smash-hit success right from the outset, selling out instantly every time it dropped.

It was so popular, in fact, that last year Nike made the decision to release the sneaker through its own retail channels, making the silhouette widely available after so many years of carefully monitoring its distribution. Sneaker-wearers around the world rejoiced. (And then bought a lot of sneakers.) And the Swoosh didn’t stop there. Though the Killshot 2 remains a reliable standby for your regular rotation, Nike’s since leveraged the shoe’s popularity by reintroducing the original silhouette that inspired the J.Crew style. And for my money *lowers voice conspiratorially* it might just be the better sneaker.

The Killshot OG SP offers all the low-key design appeal of its better-known counterpart, with some serious throwback flair added in for good measure. And right now, it’s on sale for some of the lowest prices I’ve seen yet (under 60 bucks!)—which means you can snag a veritable piece of sneaker history for approximately the same amount you’d spend on two movie tickets, an oversized Diet Coke, and a vat of popcorn in the Before Times. So when your grandkids ask you what you did during the great Sneaker Wars of the ’20s, you should say you fought—and fought valiantly—on the side of good taste, and then pull out the battered pair of Killshots you copped for a bargain that fateful Cyber Monday in 2020 to prove your point. 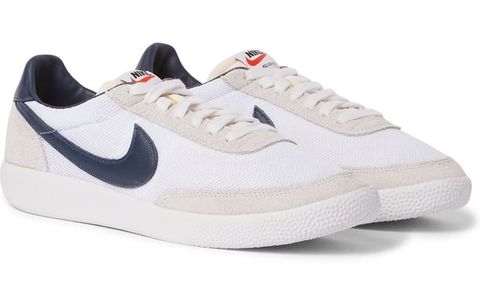 What is Dan Riccio’s new project at Apple? I’m betting on a touch-screen Mac

Vacos Cam review: This promising security camera is handcuffed to a mess of an app