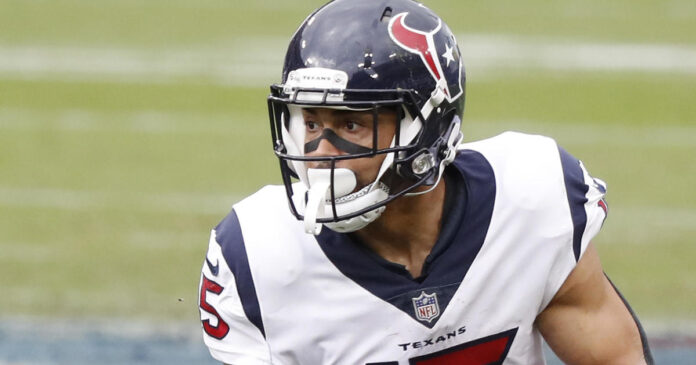 Houston Texans wide receiver Will Fuller V announced he has been suspended for six games after testing positive for a performance-enhancing drug banned by the NFL’s drug policy, he announced on Instagram. Fuller is expected to become a free agent at the end of this season.

“Earlier this year, I sought treatment from a medical professional who prescribed medication that he believed to be permitted under the NFL’s drug policy,” he wrote. “As it turns out, my trust in this professional was misplaced because this medication was NOT a permitted substance under the NFL Policy on Performance Enhancing Substances.”

“I want to sincerely apologize to the Texans organization and all of my fans for this mistake. I am looking forward to putting this all behind me and returning better than ever in 2021,” he added.

Fuller, who is currently in his fifth NFL season, has been plagued by injuries in the past. He broke his collarbone during training camp prior to the 2017 season and has dealt with a variety of soft tissue injuries since then, including a torn ACL that ended his 2018 season.

Fuller had managed to stay healthy throughout 2020 thus far and was on pace for his best statistical year, thanks in part to the Texans dealing away DeAndre Hopkins in the offseason, making Fuller the team’s number one wide receiver. In what appears to have been his final game of the 2020 season, Fuller caught seven passes for 171 yards and two touchdowns against the Detroit Lions on Sunday.

His suspension will include the final five games of the 2020 season and the first game of the 2021 season.