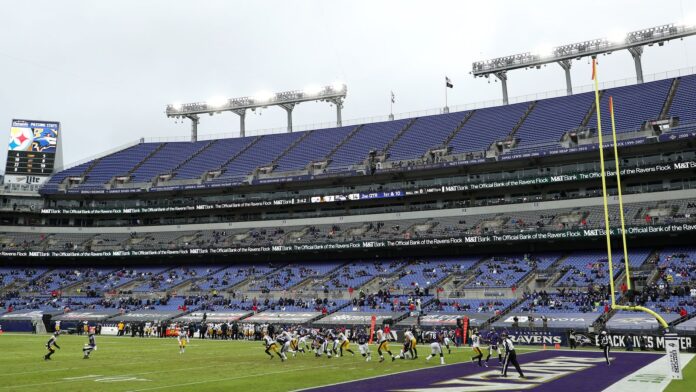 Baltimore Ravens vs Pittsburgh Steelers NFL game moved to Wednesday due to coronavirus outbreak in Ravens squad; Ravens have19 players currently on the COVID-19 list with a total of 22 players being placed on the list over the past eight days; Ravens have not practised since November 21

The game between the Baltimore Ravens and Pittsburgh Steelers has been postponed a third time, to Wednesday, due to the Ravens’ coronavirus outbreak.

The contest was originally scheduled for Thanksgiving night (Thursday) before being pushed back until Sunday and was later moved to Tuesday as the coronavirus positive test results continued to rise.

The Ravens also confirmed their Week 13 matchup against the Dallas Cowboys has been moved to Tuesday, December 8, which is the second time that game has been pushed back. It was initially scheduled for December 6 before being moved back one day.

The Steelers said their game against Washington has been moved back one day to Monday, December 7.

With the game now scheduled for Wednesday, it could potentially allow running backs JK Dobbins and Mark Ingram enough time to be activated in time for the contest if they continue to test negative.

If so, Baltimore would have its full complement of running backs against the vaunted Steelers defense.

According to the Ravens, the team has 19 players currently on the COVID-19 list with a total of 22 players being placed on the list over the past eight days. Another player, Marshall, went on the list on November 12.

The NFL had earlier postponed the Ravens’ practice on Monday morning. Players were gathering at the team’s indoor practice facility for a walk-through ahead of Tuesday night’s rescheduled game at Pittsburgh when they got the word of the latest postponement.

The Ravens have not practised since November 21, the day before a 30-24 overtime loss against the Tennessee Titans and a subsequent outbreak of the coronavirus within the organisation.

Andrews and Judon, both Pro Bowl selections last season, tested positive for the virus on Saturday, and at least eight staff members also have tested positive.