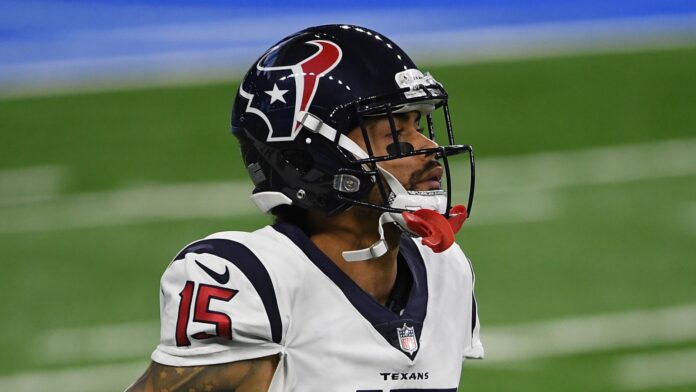 Will Fuller likely to have played final game for Houston Texans with rookie contract expiring after 2020 season; Both players will miss final five games this year and one more in 2021; Texans are 4-7 and 3rd in AFC South

The suspensions include the last five games of this season as well as the first game of the 2021 season.

It means Fuller, who had already posted a career-high 53 receptions for 879 yards and eight touchdowns this year, has likely played his final last game as a Texan, with his rookie deal expiring at the end of this campaign.

Both players took to social media to announce their suspensions, with Fuller writing in a post on Instagram: “Earlier this year, I sought treatment from a medical professional who prescribed medication that he believed to be permitted under the NFL’s drug policy.

“As it turns out, my trust in this professional was misplaced because this medication was not a permitted substance under the NFL Policy on Performance Enhancing Substances.

“As a result of this mistake, I have been suspended for six games for taking this prohibited medication. I want to sincerely apologise to the Texans organisation and all of my fans for this mistake. I am looking forward to putting this all behind me and returning better than ever in 2021.”

Roby said, in a post on Twitter: “I apologise to my family, my teammates, the Houston Texans organization and the fans,”

“A few months ago I unknowingly used a product that was contaminated with a banned substance by the NFL.

“I recognize that it is my job to know, and be responsible for, everything I put in my body. I will be suspended for six games ending my season.

“I will take the necessary steps in the future to prevent this from ever happening again. I look forward to re-joining my teammates next season in our goal to bring a championship to Houston.”

Roby, who has started 10 games for the Texans with 37 tackles, an interception and seven passes defended, has two seasons remaining on his current Texans contract.