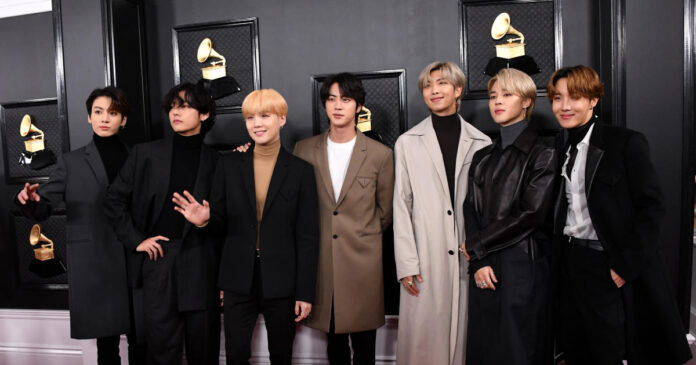 Seoul — South Korean lawmakers passed a bill on Tuesday that will likely give major pop stars the ability to postpone their mandatory national military service, reversing course on a previous government ruling that has threatened to deprive the nation of its biggest cultural export: the boyband BTS. It will be welcome news for the seven-member pop group’s legions of diehard fans around the world, who were celebrating the band’s unprecedented position at the top of the Billboard chart on Tuesday.

With the country still technically at war with North Korea, the South has laws that amount to what Americans would think of as a military draft. All healthy South Korean men must serve in the military for at least 18 months before turning 28.

There are exemptions for people in certain professions, including professional athletes and even musicians from non-pop genres whose contributions are deemed particularly valuable to the country. There are also concessions for certified legal and medical professionals. But as of now, per a decision made about a year ago by the Ministry of Defense, pop stars don’t get a pass.

However, the bill passed on Tuesday by an overwhelming majority of South Korea’s lawmakers — only 2 of the 270 votes cast were against the legislation — means the kings of “K-pop” may soon be able to defer their national service until the age of 30. President Moon Jae-in is widely expected to sign the bill into law within a couple weeks.

Under the law, deferment waivers would be granted to pop musicians who have won awards and are thus qualified to get an official recommendation from the Ministry of Culture Sports and Tourism.

While an 18-month career interruption may seem insignificant, for South Korea’s boybands, the hint is in the name: they’re boybands, not manbands. Youthful vitality is part of the image that K-pop has sold with incredible — and increasing — success around the world.

Mandatory military service has doomed some of BTS’ recent contemporaries. Super Junior, a 13-member boyband, languished for 10 years while all of its members, of varying ages, completed their national duties. They all finished with their service last year, but the 13 have been reduced to 10 for various reasons, and their previous youthful thunder is gone.

There’s no doubt that boybands, by default, have a shelf-life, so packing in as much uninterrupted success before members hit 30 is a logical objective. That’s certainly what BTS appear to be doing.

At least one of the bandmembers, 27-year-old Jin, would have to swap his silk suits for army fatigues from this year, if the new law isn’t brought into effect.

The band’s value to South Korea’s image, and its economy, is hard to overstate. That wasn’t lost on the lawmakers who voted Tuesday, passing legislation they had unofficially dubbed the “BTS bill.”

Noh Woong-rae, a lawmaker from the governing Democratic Party, noted last month that the band’s first No. 1 hit on the world’s biggest music chart, the Billboard Hot 100, back in August brought an estimated 1.7 trillion won ($1.5 billion) into South Korea’s economy.

The BTS boys have also done their fellow Koreans proud in less material ways. On Monday, they clocked their third Billboard No. 1, and it was the first song ever to reach that rank with vocals sung mostly in Korean.

Billboard noted that BTS “landed its first three No. 1s more quickly than any act since The Beatles,” who delivered their first three chart-toppers over a span of just two months and three days.

Their latest No. 1 was celebrated on Tuesday, along with the legislature’s passage of the bill, by another member of the leading Democratic Party, Representative Woong-Rae Roh, who noted in a Facebook post that BTS “also received the Hwagwan Order of Cultural Merit in 2018… which now makes it possible to postpone their military service.”

It’s widely expected now that the boys of BTS will be allowed to postpone their service in the army and remain under the command of their fans, who, somewhat ironically, are known as the ARMY.

CBSNews.com’s Tucker Reals in London contributed to this story.