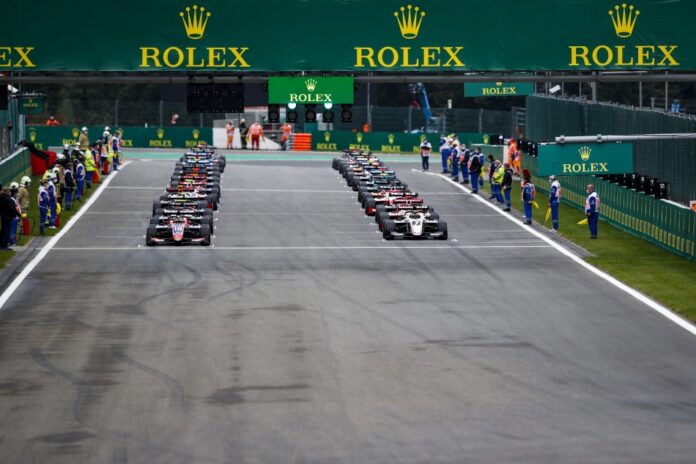 The FIA Formula 3 Championship is pleased to reveal the new weekend format and changes to the sporting regulations for 2021, which have been approved by the World Motor Sport Council. This follows an earlier announcement in which the cost cutting measures that included Formula 3 racing on separate weekends from Formula 2 were presented.

As previously announced, from 2021, each F3 event will comprise three races instead of two, which means that the weekend format had to be revised.

There will be no changes on Friday, with one Free Practice session of 45 minutes and one Qualifying session of 30 minutes.

Two races will take place on Saturday (Race 1 and Race 2) whilst Race 3 will occur on Sunday morning ahead of the Formula 1 Grand Prix. All three races will be forty minutes long.

A timetable will be issued before every round to determine the timing of each session.

The starting grid of Saturday’s Race 1 will be determined by reversing the top 12 finishers of Friday’s Qualifying session.

Finally, the starting grid of Race 2 will be determined by reversing the top 12 finishers of Saturday’s Race 1.

As it is currently the case, the driver who takes pole position following the final classification of Friday’s Qualifying session will be awarded 4 points.

The maximum number of points that a driver can score over a race weekend has been increased from 48 to 65.

From 2021, each driver will have five sets of dry-weather tyres (one more than previously) and two sets of wet-weather tyres available at each event.

FIA Formula 3 CEO Bruno Michel said: “I am pleased to reveal the changes to our sporting regulations which have been approved by the World Motor Sport Council.
“Race 3 will take place on Sunday which is the day of the Formula 1 Grand Prix. As its starting grid will be determined by the final classification of Qualifying, we decided as in the past to award more points to the Top 10 finishers.
“Having two reverse grids on Saturday will really spice up the championship and I am sure it will increase even further the entertainment on track. On top of that, it will give more drivers the opportunity to display their talent in front of the Formula 1 community.”