Home Culture Will retailers have more PS5 and Xbox consoles this year? 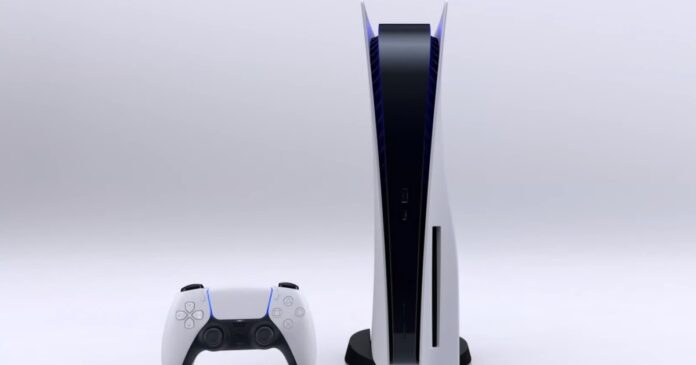 Two of the holiday season’s most coveted gifts went on sale last month, with Microsoft rolling out its Xbox Series X|S video game consoles and Sony debuting the rival PlayStation 5. The only problem: actually finding one of the $499 devices in stock.

As Black Friday and Cyber Monday came and went, the consoles remained hard to find. But there could be some hope for holiday shoppers: Sony vowed in a tweet that more inventory would arrive at retailers before year-end.

Still, expect the consoles to remain a hot item. Demand was so high for the PlayStation 5, which went on sale on November 12, that it caused Walmart’s website to slow and show error messages to some shoppers. When Walmart restocked the devices on November 25, the PlayStation 5s sold out within minutes.

Meanwhile, the Xbox Series X|S, which was released on November 20, was heralded by Microsoft as its “biggest launch in Xbox history.”

While some consumers fumed over their inability to buy the consoles, resellers were busy listing the new games on eBay, where resale prices climbed to as much as $32,000 for a new PlayStation 5 and $8,000 for a new Xbox Series X. To be sure, most of the consoles offered for resale are in the $1,000 to $1,500 range — still not a bad profit for people who were quick enough to snap one up.

Whether consumers would pay more than 60 times the retail price for a PlayStation 5 remains to be seen, but the exorbitant resale prices signal the intersection of a few pandemic-era trends: the rise of popularity in gaming as well as a shift to online retail during the crisis.

“A new console release is always exciting — it only happens every five to seven years,” noted Jordan Minor, a software and gaming analyst at PCMag. But, he added, “Their rollout was kind of messed up, although whenever a new console launches it’s a mess.”

Some consumers who were lucky enough to secure a console reported problems with the devices, which isn’t unusual when a new product is rolled out, tech experts say.

The PlayStation issues included controllers that didn’t charging correctly, games that were uninstalled without notice and console crashes, according to ScreenRant.

The combination of pricey devices and limited availability is proving frustrating to consumers, who have taken to social media to vent their frustrations. On top of that, there were few Black Friday deals on video game consoles, noted Wedbush analyst Michael Pachter in a research note, who called the available offers “underwhelming.”

Xbox fans may have to wait longer to get their hands on a new console than PlayStation devotees, with Pachter noting that Microsoft doesn’t expect to catch up with demand until the second quarter of 2021.

One issue facing consumers has been the reliance on online sales for both products. The PlayStation 5 debuted exclusively through online retail sites such as Walmart.com and BestBuy.com, allowing bots to swoop in and make purchases in milliseconds ahead of actual human consumers, Cequence Security “hacker-in-residence” Jason Kent told CBS MoneyWatch.

“What they do is basically look at any high-demand item, and they look at how you purchase them and then develop a bot to do that,” Kent said. “Then they go to their ‘market’ and say, ‘I have a bot that will go buy PS5s — it’s $300 if you want to buy [the bot].'”

There are even bots designed to give consumers an edge against the inventory-grabbing bots, with one tracking restocks of PlayStation 5 and Xbox Series X consoles. Its Twitch channel live stream shows the results of the bot’s pinging of retailers — including Amazon, Best Buy and Walmart. On Tuesday, however, the bot showed a steady stream of red “OUT OF STOCK” messages.

Disappointed gamers blamed both the retailers and the manufacturers for the new console shortage.

“It’s 2020 @Walmart, you should’ve had 1 per household for Xbox release,” one consumer vented on Twitter. “Noooo buy how many you want. What a joke. 2020 and you retailers still can’t figure how to stop bots and scammers.”

Walmart said it’s restocking and will release more inventory throughout the holidays. “It’s not unusual to see bot activity, especially on hot items like the PS5. Our teams work hard to prevent this and ensure our customers have access to these items,” a spokeswoman said in an email.

In a statement, Microsoft game executive Liz Hamren acknowledged that some consumers were disappointed.

“We know that not everyone was able to get an Xbox Series X|S immediately and are working tirelessly with our partners around the world to bring as many new consoles to as many of you as possible over time and encourage you to check in with your local retailers directly for more details on availability in your market,” Hamren said.

Gaming has only grown in popularity since the coronavirus pandemic crippled the economy in March. With consumers stuck at home, many have turned to gaming to while away the hours.

Consumers spent $11.2 billion on video gaming between July and September, a jump of 24% compared to the same period last year, according to NPD Group.

PCMag’s Minor offers some consolation for empty-handed shoppers: Don’t fret over missing out on the same-day release. First, the new consoles don’t have many games available at launch, and they could also have glitches that will eventually be ironed out by their manufacturers.

“Wait a year and it’ll be a year’s worth of games on it,” he said. “You might need your money for better things right now.”