Home Sport Who is Caoimhin Kelleher? And will he make PL debut? 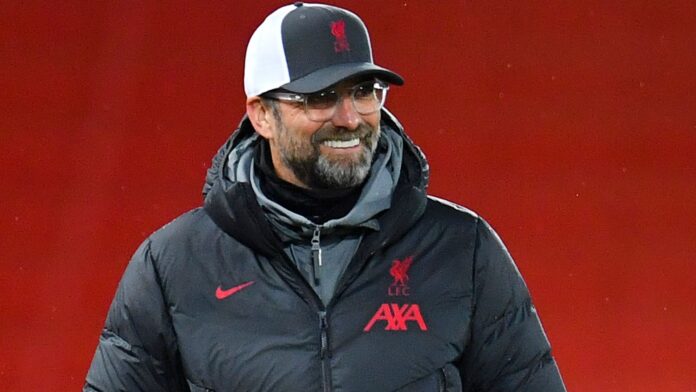 Before we start, let’s get the pronunciation out of the way. It’s ‘Kwee-Veen’. Caoimhin is the Irish equivalent to the English name Kevin.

What else do we need to know about the latest Liverpool European debutant Caoimhin Kelleher? And will he stay in the team while Alisson is injured?

On Saturday, the 22-year-old conceded seven as Liverpool’s U23s were battered by Man City, but Kelleher kept a clean sheet as Liverpool beat Ajax 1-0 on Tuesday evening, with Brazilian Alisson out for up to two weeks with a hamstring injury.

Kelleher, the younger brother of Wrexham defender Fiacre Kelleher, a former Celtic academy defender, was making only his fifth start for the club. Kelleher’s previous four appearances were in domestic cup competitions, with the last of those coming in the FA Cup against Shrewsbury Town last season.

From Cork, Ireland, Kelleher moved to Liverpool in 2015 from Irish side Ringmahon Rangers, and has waited patiently for his chance over five-and-a-half years.

Surprisingly, he is yet to move out on loan from Liverpool, though they did have interest from the Championship in January and in the summer. Instead, Liverpool chose to send Poland U21 international Kamil Grabara on loan to Danish side AGF Aarhus.

Kelleher has played 10 times for the Republic of Ireland’s U21 side, and was first named in the senior squad in November 2018, but is yet to get his first cap.

Kelleher’s former coach at Ringmahon, Eddie Harrington, explained in 2018 to the Cork Echo that nothing fazes the goalkeeper, and that having been a striker himself, he could get into the mind of opponents.

“Nothing fazes him,” said Harrington of Kelleher, who would score “20 or 30 goals a season” up front. “He won’t let mistakes get to him.

“He used to say it to us that he could read a striker going through because he was so good at scoring goals himself that he nearly knew where they were going to put it as such. His feet were excellent.”

Why did he play instead of Adrian?

Klopp’s decision to hand a Champions League debut to Kelleher ahead of established number two Adrian raised eyebrows, but the goalkeeper was solid throughout.

Explaining his decision to pick Kelleher, Klopp said it was down to Kelleher’s natural ability on the ball.

Kelleher’s passing accuracy was 71 per cent on Tuesday night, compared to Adrian’s average of 65 per cent for his three Premier League and Champions League appearances this season.

“I really think Adrian has done a fantastic job for us, he kept a lot of clean sheets, played everywhere,” Klopp said. “But now we needed the natural football playing ability of Caoimhin Kelleher.

“We needed that for the pressing of Ajax, we needed his chips from him into the half-spaces and these kind of things.

I really think Adrian has done a fantastic job for us, he kept a lot of clean sheets, played everywhere. But now we needed the natural football playing ability of Caoimhin Kelleher.

“He is a good shot-stopper as well. We made that decision but you never know how they are going to cope. I am really happy with how calm he was and how good he was.

“In the end, it is about keeping the ball out the net and he did that twice and he did that in an exceptional manner. He will either sleep really well tonight or not at all.”

Will he play in the Premier League?

Next up for Liverpool is Wolves at Anfield at 7.15pm on Sunday evening, and Kelleher is favourite to keep his place in the side in a game where Liverpool are likely to have more of the ball.

It’s clear the fans want Kelleher between the sticks on Saturday, too. Adrian’s high-profile mistakes in the absence of Alisson earlier this season and the 2019/20 campaign means confidence in the Spaniard is low.

But Klopp may go off what he and his goalkeeping coach John Achterberg see in training; Klopp has made a joint-high 24 starting XI changes in the Premier League this season, and solid performances in the Champions League have not always been met with a starting place at the weekend.

Nat Phillips started Liverpool’s win over West Ham in late October just days after Rhys Williams slotted in comfortably when Fabinho was injured against Midtjylland, so even with a lengthy injury list, Klopp’s starting XI is anyone’s guess.

But there is seemingly no ill-feeling from Adrian, with Kelleher revealing on Tuesday night he was firmly supported by both of his goalkeeper team-mates.

“I didn’t see Ali yesterday (Monday) because I think he was gone, but I got a text before the game just to tell me good luck,” he said.

“Adrian was a really great support. He told me, ‘I’m with you 100 per cent and supporting you no matter what’. To get that from him was really kind of him.”

Kelleher: Team-mates make it easy for me

As well as looking assured on the pitch, Kelleher seemed confident in front of the camera as he praised his team-mates for making the passing options “easy” for him on the ball.

Speaking to BT Sport, he said: “It was amazing for me to make my debut in the Champions League, and obviously the most important thing was to get the win and quality.

“It’s quite easy for me to be honest, because the players in front of me, when I get the ball they make easy options for me, so they make my decision so much easier.

“We’re not here just to take part, we want to push every day and try to play as many games as we can.

“My phone has been hopping since I got in! A big thanks to all the support and messages I’ve been getting.”