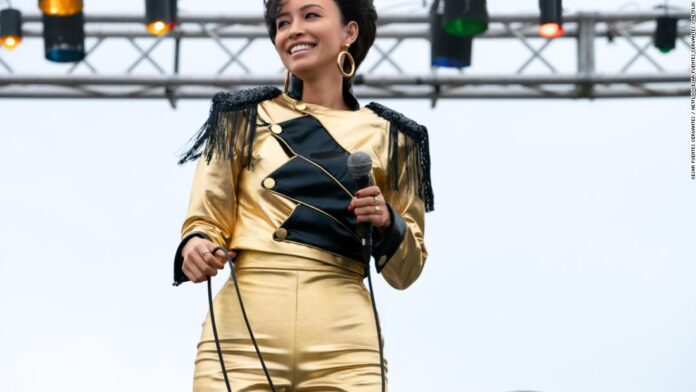 Although there’s something simultaneously uplifting and sad about watching the struggles of young Selena Quintanilla (played by “The Walking Dead’s” Christian Serratos) and her family — knowing that stardom, and tragedy, wait on the other side — the show carries the overly manicured feel of a licensed product.
As a consequence, the series is both earnest and dramatically flat. The title notwithstanding, much of the focus is on the Tejano star’s dad, Abraham Quintanilla (“Desperate Housewives'” Ricardo Chavira), beginning with him recognizing his daughter’s talent as a child and pursuing a bet-the-house strategy (basically literally) on her success.
That quest unfolds so slowly that the episodes — most of which run less than 40 minutes — exhibit a conspicuous lack of momentum. Tensions do exist within the family, and eventually questions arise about Selena dating as she matures under her father’s watchful and protective eye, but not in a way that elicits consistent involvement thanks to the shortage of dramatic inflection points.
There is, not surprisingly, a lot of music, and key little moments, like the decision that Selena should perform in Spanish. Yet several of the episodes don’t really arc toward anything, but rather abruptly end before moving on to the next chapter.
It’s tempting but not really fair to attribute that to the writing, since the show (created by Moisés Zamora) clearly had to operate with the equivalent of one hand tied behind its back. The episodic format advances at a snail’s pace — unlike movie biographies that by necessity race to the good stuff.
Selena’s life was previously turned into a 1997 film starring Jennifer Lopez, also produced with the family’s cooperation. The film’s producer has sued the family and Netflix, claiming he retained the TV rights.
For Netflix, the attention “Selena: The Series” will generate — both from media outlets and subscribers — represents half the battle, and by that measure likely already counts as a win. Indeed, a second part of the program’s bifurcated run is still to come.
Like “Elvis,” though, the series underscores that nostalgia for musical icons has its dramatic limits, tending to work more effectively as a tribute than a TV show. It’s a reminder, too, that in the era of infinite streaming shelf space, services too often assume that anything worth doing is worth overdoing.
“Selena” premieres Dec. 4 on Netflix.