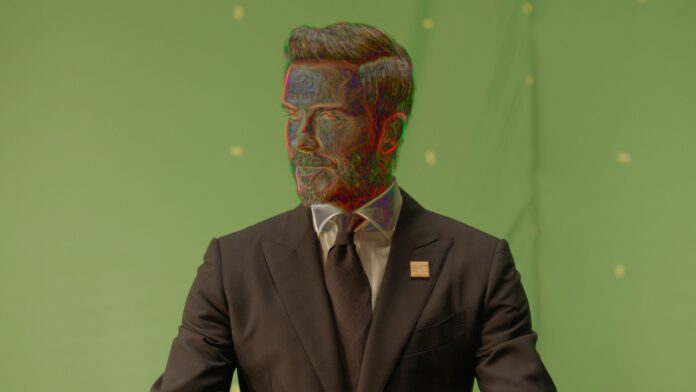 David Beckham has been digitally aged to appear as an older version of himself in a campaign video to help prevent malaria deaths.

The former England football captain is supposedly shown in his 70s in the clip, delivering a speech hailing the defeat of our “oldest and deadliest enemy” for the Malaria Must Die, So Millions Can Live campaign.

In an imagined future, Beckham, who’s actually 45, proclaims “our world has changed” and “we have ended malaria”.

Talking about the new campaign, Beckham said: “The fight against malaria is a cause close to my heart because the disease remains a huge killer of children and we have the opportunity to change that in our lifetime.

“I’ve worked with Malaria No More UK since 2009, supporting campaigns and helping shine a light on the challenge.

“Their campaigns always use great creativity and innovation to attract attention to the issue and I’m delighted also to have met some of the inspiring people who are working so hard to end this disease.”

The ex-Manchester United player is a founding member of the leadership council for Malaria No More UK – the charity running the campaign.

Dr Pedro Alonso, director of the World Health Organisation’s global malaria programme, said: “The emergence of COVID-19 has shown the world how critical our health systems are.

“It is crucial that 2021 sees the world getting back on track towards achieving existing targets to reduce malaria as we come through the pandemic.

“By investing in ending malaria, we will not only save lives that would otherwise be lost to this deadly disease; we will also protect current health systems from the double burden of malaria and other diseases like COVID-19.”

House actor Hugh Laurie, singer Emeli Sande and The Thick of It star Peter Capaldi have all previously appeared in campaigns for the charity.