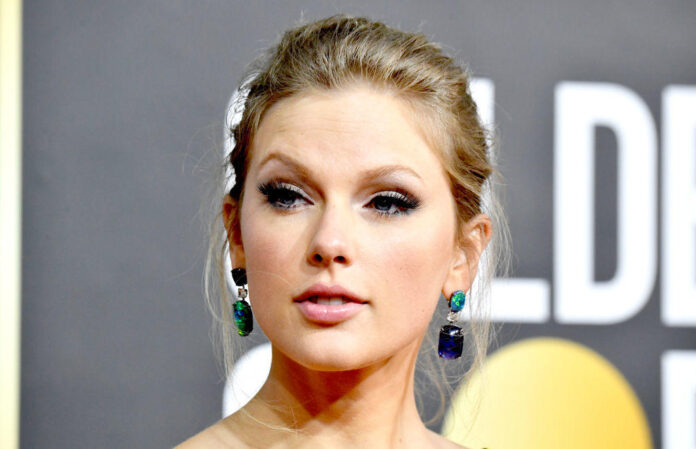 Taylor Swift fans just received an early Christmas present: a “snippet” of her rerecorded hit “Love Story” featured in a hilarious new ad for dating site Match. The superstar said last month that she is busy rerecording the masters of her earlier songs after her catalog was sold in an effort to regain control over her older albums amid a public battle with music manager Scooter Braun.

The commercial was created by “Deadpool” actor Ryan Reynolds‘ ad agency, Maximum Effort. He and wife, actress Blake Lively, are longtime friends of Swift. Reynolds is also on the board of directors of Match’s parent company, Match Group.

“Okay so while my new re-records are NOT done, my friend @VancityReynolds asked me if he could use a snippet of one for a LOLsome commercial he wrote so…here’s a sneak peak [sic] of Love Story!” she tweeted Wednesday morning, including Reynolds’ video of the ad. “Working hard to get the music to you soon!!” she added.

The roughly 90-second-long ad opens with Satan sitting in hell 11 months ago and is interrupted by a notification that shows a new connection from the Match mobile app. He then meets the match, who turns out to be a woman representing the year 2020, and so their love story begins.

“So where you from?” 2020 asks as they walk under a bridge during a lightning storm shortly after their first meeting. Satan responds, “hell” to which 2020 replies, “Me too.” Then, Swift’s familiar lyrics begin to play as the duo falls in love throughout the course of this year, surrounded by scenes of an empty football field, deserted movie theater and even standing in front of an literal dumpster fire.

The beloved hit from Swift’s 2008 album “Fearless” sounds similar to its original, with Swift seeming to adopt the Southern twang associated with her earlier music. The clip is the first taste the singer has given to fans of her rerecorded hits, Entertainment Tonight reports.

Swift spoke about her experience re-recording her old tunes on “Good Morning America” last week, among other topics. She said “Love Story” was “the most fun” song for her to rerecord so far, according to the morning show.

In June 2019, Braun, who manages stars including Justin Bieber and Ariana Grande, said his media holding company, Ithica Holdings, had acquired Big Machine Label Group, the home to the pop star’s first six albums. Swift has sparred publicly with Braun, with whom she has had a contentious relationship, after the deal.

Braun announced in November that he sold the master rights to her first six albums to an investment company. The star addressed the sale on social media, but said she wouldn’t work with the buyers due to Braun still being involved.

In August 2019, Swift told “CBS Sunday Morning” she planned to rerecord her past songs as a way to regain control of her master recordings. She said last year that she was contractually allowed to make her new masters starting this November — and it seems she has been hard at work.

Swift missed the American Music Awards in November, where she won her third consecutive artist of the year prize, as she said she was preoccupied re-recording her songs. In a video that aired during the awards show, the she said “the reason I’m not there tonight is I’m actually re-recording all of my old music in the studio where we originally recorded it. So it’s been amazing. And I can’t wait for you to hear it.”