Home Culture Royal Albert Hall to celebrate 150 years of music with a host... 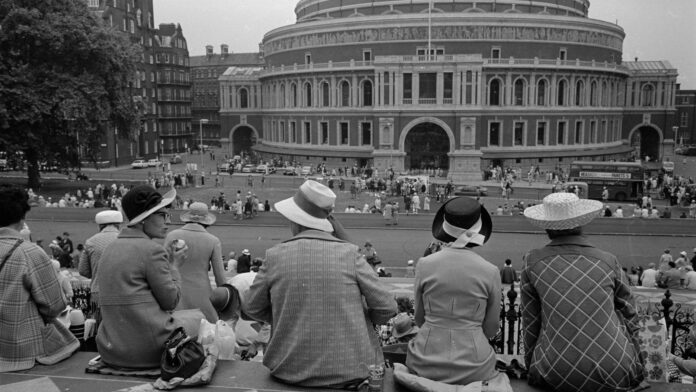 The Royal Albert Hall will be celebrating its 150th anniversary with a raft of musical shows – despite the inevitable challenges thrown up by the coronavirus pandemic.

The iconic building – which was opened by Queen Victoria in 1871 – has survived two World Wars, but it’s fair to say that COVID-19 may be the historic venue’s biggest challenge yet, forcing it to close its doors to the public during lockdown.

A programme of events including major new commissions, headline shows and historic community events will begin on 29 March 2021 – exactly 150 years on from its opening – and extend into 2022.

The year-long collaboration will involve hundreds of local schoolchildren, community members and the Chelsea Pensioners.

“This venue means so much to me. I always think of the Albert Hall as not just the most iconic venue in London, but the country… so to be performing something that’s never been seen before here, on a larger, expanded, spectacular stage is really incredible.“

He says they are doubling the cast and the orchestra, and they will also be expanding the stage into the arena: “We’re going to have a sort of a roadway across the arena to the stage… right through the audience.”

Multi award-winning composer and musician Nitin Sawhney will curate a week-long festival celebrating the lives and contributions of immigrants over the last 150 years.

There will also be the big reveal of the completed restoration of the hall’s historic facade, following four years of painstaking work.

The venue’s chief executive, Craig Hassall, told Sky News: “All the scaffolding has gone, the horrible Portakabins have gone. She’s absolutely gleaming on the outside. Our teams have been working really hard behind the scenes and done an amazing job and the whole hall looks better than I’ve ever seen it before. It’s as though it just opened its doors.“

He said there was a point early on in the pandemic when he feared the hall would never open again, but he’s feeling much more confident and optimistic now.

“Since its opening, this extraordinary venue has borne witness to, and played a central part in, seismic cultural and social change,” he said.

“The interests, manners and social mores of the people may have changed, but this beautiful building and what it represents remains the same a century-and-a-half later: a meeting place, a reflection of contemporary Britain, and a home for exhilarating live performance and events of international significance.”

Paying tribute to her great-great-grandfather in a commemorative anniversary book, The Queen says: “I have been Patron of the Royal Albert Hall since 1953, and my family and I have enjoyed many events including the annual Royal British Legion Festival of Remembrance, the Centenary of the Women’s Institute, and even my 92nd Birthday celebration.

“As it embarks on its next 150 years, I hope that the Royal Albert Hall will continue to thrive, and that many more people will have the opportunity to make their own memories of this wonderful building”.

Queen Victoria named the hall in memory of her husband, Prince Albert, with the aim of creating a venue that would democratise and promote the arts and sciences.

Christmas celebrations at the hall will kick off with carols – albeit with a smaller audience than normal – on 9 December, led by the Royal Choral Society, which has performed there every year since 1872. Services will also be streamed live.

A full line-up of planned anniversary events can be found on the Royal Albert Hall website.