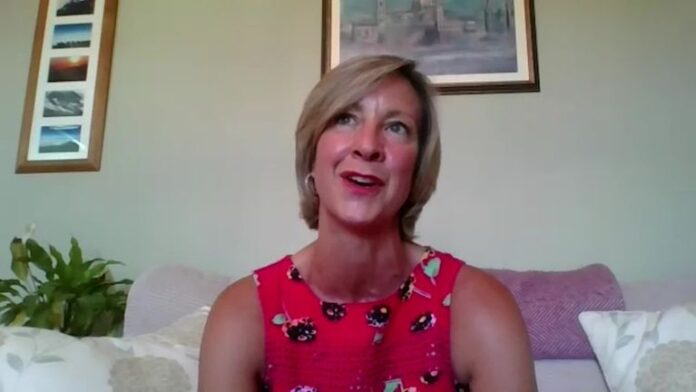 ECB’s Clare Connor says the additional 16 contracts, which swell the number of full-time domestic deals to 41, is not only great for players but offers young girls the opportunity to see women’s cricket as a viable career they can pursue

Southern Vipers’ Georgia Adams is one of 16 female cricketers who have signed full-time domestic contracts, boosting the total number in the English women’s game to 41 across eight teams.

Adams enjoyed a stellar summer, leading Vipers to the Rachael Heyhoe Flint trophy with a personal run tally of 500 at an average of 83.33.

The 27-year-old is now part of a group of elite female cricketers who will have the chance to train full-time following the confirmation of additional professional contracts on top of the 25 regional retainers awarded by the England and Wales Cricket Board in June.

ECB Managing Director of Women’s Cricket, Clare Connor, said: “We’re delighted that these 41 young women are able to call themselves full-time professional cricketers and we wish them every success.

“The introduction of these 41 professional players, in addition to our 17 Centrally Contracted England Women’s players is the most significant step forward for the women’s game in recent years.

“In terms of the health of women’s cricket in England and Wales, we cannot overestimate the importance of these 41 players having the opportunity to train and work on their skills full-time, with access to high-quality coaching and facilities across the eight regions.

“Today’s news is not only wonderful for the players themselves, it represents a step change for our whole domestic game and for young girls who will now be able to see more opportunity and aspiration in front of them.

“When you add in the profile opportunity of The Hundred next year, the landscape looks even more exciting. After a challenging year in the wake of the pandemic, I’m really pleased with the progress we’ve made in 2020, just one year after launching our action plan to transform women’s and girls’ cricket.”

New full-time domestic contracts have been awarded to…

The Professional Cricketers’ Association has been in contact with the new professionals over recent months to offer them support and guidance around their contracts and last week the players were inducted into the Association.

PCA President Graham Gooch said: “The cricket community is a tight-knit one, and the PCA welcomes the 41 new female professional players into our family with open arms.

“The PCA has been pivotal in working with the ECB to develop the professionalism of the women’s game, and the new domestic structure is another positive development as we aim to make professional cricket in England and Wales accessible to all.”

“The current female PCA membership can’t wait to welcome the players into a new professional era for the sport that we all love.”

Adams said that she and her fellow players are excited to be joining the PCA, “both to enjoy the benefits that come with membership but also so we can safeguard the future of the female domestic game for generations to come”.