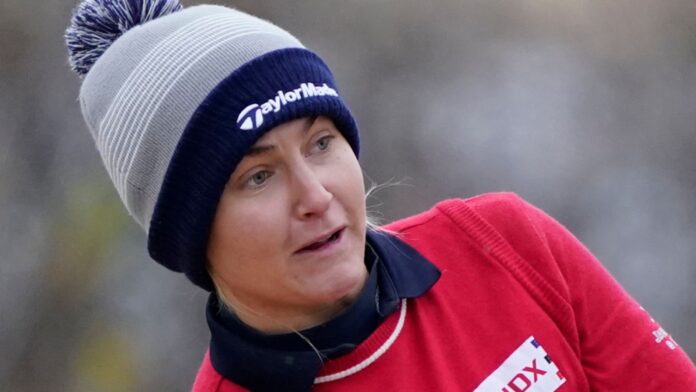 Charley Hull holds a one-shot lead at the Volunteers of America Classic in Texas, the final LPGA Tour event before the US Women’s Open; Watch throughout the week via the Sky Sports Golf YouTube channel.

Charley Hull made the most of the tough scoring conditions to edge into a one-shot advantage after the opening round of the LPGA Tour’s Volunteers of America Classic.

The Englishwoman, without a LPGA Tour title since 2016, carded a three-under 68 on a cold and windy day at Old American Golf Club to set the early pace in Texas.

Hull is one of only 10 players currently in red figures, with the 24-year-old’s closest challenge coming from playing partner Jessica Korda, Jennifer Kupcho and Pornanong Phatlum, who all posted opening-round 69s.

Sweden’s Anna Nordqvist is among the players on one under, while world No 1 Jin Young Ko is three off the pace alongside AIG Women’s Open champion Sophia Popov after a level-par 71.

Hull started her day on the back nine and was over par for her round after seven holes, only to post four birdies in a five-hole stretch around the turn and jump up the leaderboard.

The four-time Solheim Cup player cancelled out a bogey at the fifth with back-to-back gains over her next two holes to briefly go two clear, before a penultimate-hole bogey took her back to three under.

England’s Jodi Ewart Shadoff is four back after a one-over 72 and Mel Reid is a further stroke behind, with the event the last opportunity for tournament practice ahead of the US Women’s Open – the final women’s major of the year – next year.