Home Sport Venter eager to show her skills in Superleague 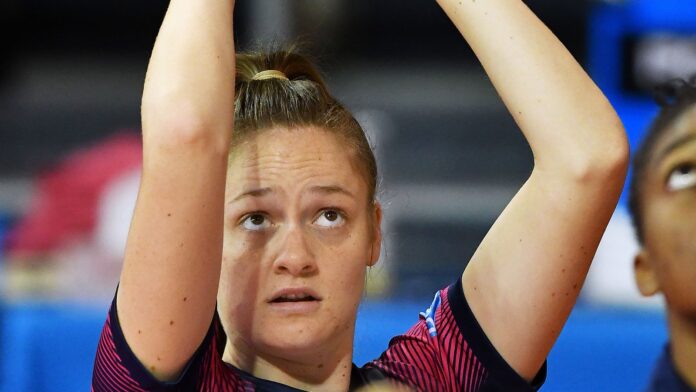 The South African shooter joins from Suncorp Super Netball and has swapped Australia for England in search of greater court time. She replaces George Fisher in Saracens Mavericks’ attacking circle, after the England interational left to join the ANZ Premiership.

Ine-Mari Venter is joining the Vitality Netball Superleague with one goal in mind: to show the world of netball exactly what she’s made of and make a name for herself on the international stage.

The 25-year-old is one of a number of international shooters who will be taking to court when England’s elite competition returns.

Venter joins fellow South African Lefebre Rademan, Donnell Wallam, Gezelle Allison and Annika Lee-Jones, who combines goal keeper and goal shooter, as one of the new faces ready to light up shooting circles across the country.

These talented import players will add to an area of the court which already showcases the likes of Kim Commane, Eleanor Cardwell, Georgia Rowe, Mary Cholhok and Joyce Mvula, to name but a few

The competition is scheduled to start again in February 2021 after the 2020 season was cancelled due to the coronavirus pandemic.

After two years in Australia, Venter has selected Saracens Mavericks as her franchise of choice and she’s arriving in England with a fierce determination to stand out.

The shooter has been open about the fact that the decision to leave Queensland Firebirds and Suncorp Super Netball was a challenging one to make.

I still have big hopes and dreams for my netball career. For this reason I had to make the difficult choice to move to where my playing opportunities lie.

The Firebirds was her second Australian franchise in the same number of years, after spending a season with the Melbourne Vixens, and at both clubs she wasn’t able to secure a starting bib.

“I didn’t get a lot of court time,” she said to Sky Sports.

“I was sitting behind big shooters like Romela Aiken, Gretel Bueta before she got pregnant, Caitlin Twaites, Mwai Kumwenda, Tegan Philip…

“They’ve all got very big shoes to fill, particularly when you’re a rookie on the international stage.”

Waiting patiently for an opportunity is something that Venter was familiar with, having experienced it earlier in her career at university level.

Mikki Austin has urged the importance of adaptability to her Surrey Storm squad as they turn their focus on a new season of elite netball.

In South Africa, the club system is not as established as it is in England, Australia and New Zealand, so players develop through school netball and then it “gets serious” when they head to university.

“Throughout my career, right from my first year at the University of Pretoria, I’ve always been benched behind big international players,” she said.

“When I started (at university), we had four South African international shooters… so I know what it’s like to sit behind players.

“When those players eventually left the university system, then I got my chance to get further exposure and make the SPAR Proteas group myself.

This time, I realised that I couldn’t wait for a player to move clubs or retire, I couldn’t just wait and see if an opportunity came. I had to make a decision to create a chance for myself.

Venter’s chance comes in the form of a place in Kat Ratnapala’s ambitious squad.

With George Fisher’s departure to the ANZ Premiership, Mavericks found themselves needing to fill a shooter-sized hole in their ranks.

At 6ft 2in and with the experience that she has from her time in Australia and working under Norma Plummer with South Africa, Venter looks to be the perfect fit.

“I’m looking forward to coming to England and making a name for myself, like the players I have been playing behind,” Venter said openly.

“In Australia, they had a standard of netball and you had to meet that standard. It was definitely a step up, and they worked players hard to get what they need. It was a good thing because I got to challenge myself every day.

George Fisher talks us through her “dream move” to New Zealand in her Sky Sports netball diary.

“My aim now, coming from the Australian league, is to have the break that I need to put my stamp on the international stage.

“I’m not everybody’s starting player yet, because I hadn’t had a lot of court time. However, going into Vitality Netball Superleague, I want to set myself up as one of the world-class shooters and make a name for myself.”

With Ratnapala’s leadership off court and dynamic and ambitious team-mates, Venter should be in the right place to achieve her goals.

The next Netball World Cup isn’t far away now, and with it being held on home soil, this determined South African shooter knows that it’s time to step up and be counted for.