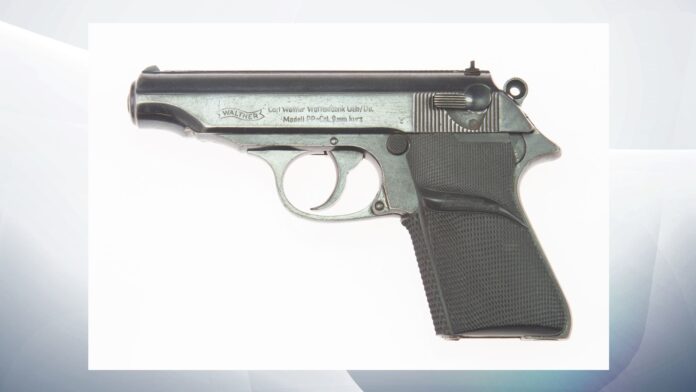 A trove of Hollywood memorabilia including a pistol wielded by Sir Sean Connery in his debut as James Bond – and a fighter pilot helmet used by Tom Cruise in the 1980s classic action film Top Gun – have been sold at auction.

The actor, who died in October at the age of 90, used the deactivated model during his portrayal of the fictional spy in the 1962 movie.

Auctioneers told the PA news agency the buyer was an American Bond fan who wished to remain anonymous.

Two items from Tom Cruise’s illustrious career were also up for grabs.

Marilyn Monroe’s handwritten poem on playwright husband Arthur Miller’s personalised stationery sold for $16,000 (£11,900), while a hoverboard from Back To The Future Part II, created for the character Spike, went for $10,625 (£7,900).

All the items went under the hammer in Beverly Hills during a Julien’s Auctions Icons & Idols: Trilogy event.