Home World Our Ancestors’ Chipped Teeth Are Taking Scientists Further Back in Time Than... 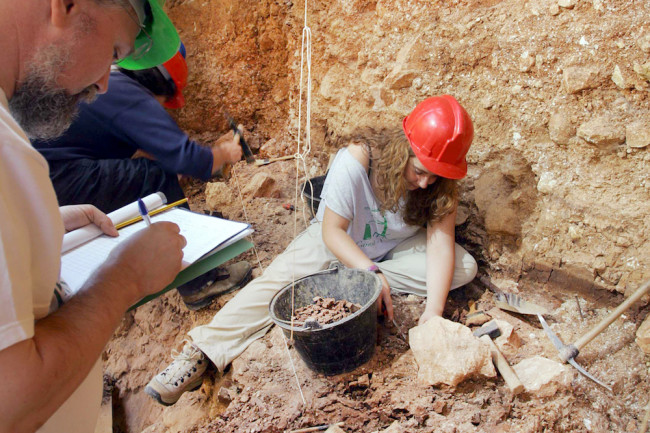 The individuals never mingled because they lived nearly 3,000 miles and 1 million years apart. But a chipped tooth from each met the same end — dissolved in acid at the University of Copenhagen.

These human ancestors, who roamed different patches of Eurasia roughly 1.77 million and 800,000 years ago, respectively, share a claim to fame: Their fossilized teeth harbored the oldest surviving proteins from extinct human species — molecules more than twice as old as human DNA. The strings of protein code, reported last April in Nature, provide long-sought details about a patchy chapter of our evolution.

Anthropologists know a good deal about hominins — humans and our fossil relatives — who evolved in Africa before 2 million years ago. Then hominin groups began spreading to Eurasia. Some of these early pioneers went extinct, while others led to later species like Neanderthals.

Researchers have struggled to fit these ancient Eurasians into our evolutionary tree based on the look of their bones. DNA could settle the matter, but the molecules usually deteriorate within 10,000 years in warm climates. In one case of optimal conditions — a cold, refrigerator-like cave — a human DNA sequence survived 430,000 years. These new findings show that proteins can last a lot longer.

In studies in 2019, scientists in the University of Copenhagen paleoproteomics lab showed that proteins can persist more than four times longer, when they salvaged some from a 1.77-million-year old rhinoceros cousin and 1.9-million-year old great ape. The key, they discovered, was in the dense enamel that coats teeth.

“Anything that’s trapped in there, organically speaking, can’t get out,” says molecular anthropologist Frido Welker, a researcher at the University of Copenhagen’s Globe Institute who worked on the project. As they do with DNA, scientists can compare chains of protein building blocks to determine how closely related two creatures were. (As you may recall — or forget — from biology class, three DNA letters encode one amino acid, which string together to form proteins.)

Encouraged by the animal results, Welker and colleagues tried hominins in this latest work. One specimen came from 1.77 million year- old Homo erectus remains that are the oldest hominin fossils ever found outside of Africa — discovered at the same site as the rhino relative, in Central Asia’s Dmanisi, Georgia, in the 1990s. Although the scientists recovered proteins, the sequences weren’t quite long or distinct enough to place this H. erectus pioneer on an evolutionary tree.

They succeeded with the other specimen, a breath-mint-sized dental chip from Spain’s Gran Dolina, a 92-foot-deep mountain crevice loaded with fossils. The tooth surfaced in 2004 alongside more than 830 stone artifacts and 170 fossils, dated to 800,000 years old, and was classified as a new species, Homo antecessor.

Based on appearance of the bones, “paleoanthropologists have incredibly rich understanding of how Homo antecessor looked, how it behaved,” says Welker. Evidently those behaviors included cannibalism; about half the human fossils bear butchery cuts or other signs of consumption. But visual inspection could not resolve where H. antecessor fit in the hominin lineup.

The latest research revealed that the enigmatic species split from our lineage soon before the shared ancestor of modern humans, Neanderthals and Denisovans. A sex-specific enamel protein also showed the individual was male. This added bonus of proteomics will prove useful at sites from all periods, as researchers struggle to assign sex by the look of bones.