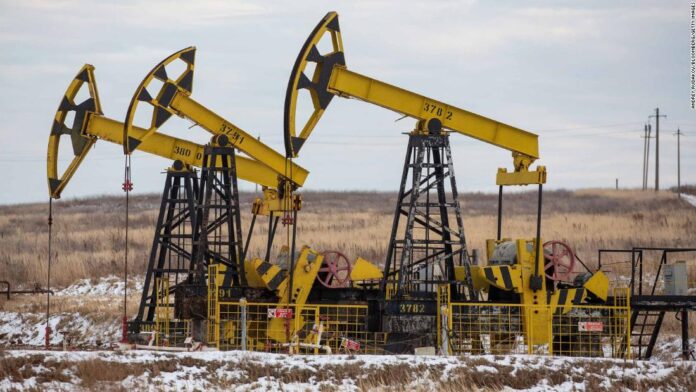 The Organization of Petroleum Exporting Countries said on Thursday that existing production curbs would be relaxed slightly from January 1 by members of the OPEC+ alliance.
“Beginning in January 2021, [OPEC+] participating countries decided to voluntary adjust production by 0.5 million barrels per day,” it said in a statement.
Traders had been anticipating that the alliance between OPEC and other major producers would agree to extend existing cuts for three months. Brent futures rose 27% in November to their highest level since March, helped by coronavirus vaccine developments, which have improved the outlook for oil demand.
OPEC and its allies, including Russia and Mexico, were originally scheduled to gather on Tuesday, but that was delayed while members reportedly met privately to agree on what to do next.
The alliance of oil producers slashed production in May and June by 9.7 million barrels a day, about 10% of global output, after coronavirus lockdowns and travel bans crushed demand and sent the price of Brent crude below $20 a barrel in April.
Those curbs were eased in August and the group had been planning to raise supply by another 2 million barrels per day from January.
But a second wave of lockdowns in parts of Europe and the United States dealt a fresh blow to demand, knocking oil prices again and prompting producers and the International Energy Agency to slash demand forecasts for this year and early 2021.
Promising news regarding several coronavirus vaccine candidates sent oil prices higher in recent weeks, as traders bet that a vaccine will spur economic activity and encourage a return to travel.
Increasing oil demand in Asia and easing political uncertainty in the United States have also helped boost sentiment, said Hussein Sayed, chief market strategist at FXTM.
But the environment remains fundamentally unfavorable for oil prices in the short term, given continuing oversupply and weak global demand.
Prices will remain around current levels until planes, trains and cars start moving again with greater frequency and the vaccine rollout “starts to work its way through the global economy,” Stephen Innes, chief global markets strategist at Axi, said in a note to clients on Thursday.
— Chris Liakos contributed reporting.