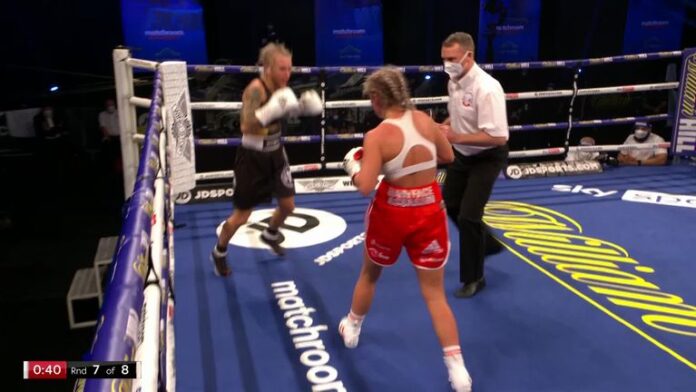 Shannon Courtenay landed the best punch of her career so far to knock out Dorota Norek on Friday night.

Courtenay connected with an overhand right to end her bantamweight fight in the seventh round with aplomb.

Courtenay was rebounding from a shock loss to Rachel Ball, who has since won again to claim the interim WBC super-bantamweight title.

She had to deal with a fast start from her Polish opponent who was intent on imposing another unexpected defeat on her.

But Courtenay brawled her way back into the fight then gradually took control and Norek’s defences began to unravel.

“I knew I had to catch her flush to knock her out,” Courtenay said after her thunderous KO.

“I’m glad I got the win. I felt sharper. I’ve found my division now.

“Get over it, get your career on track and let’s get back to winning titles.”