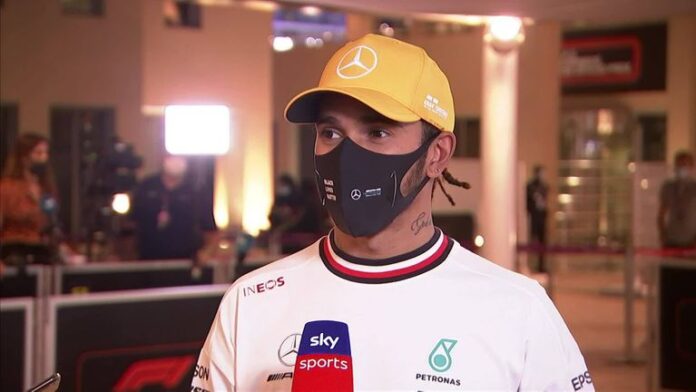 Lewis Hamilton became the most successful F1 driver off all time this year; Silverstone have announced that the stretch of track, flanked by the Wing building, will become Hamilton Straight; Watch final race of 2020 season on Sunday live on Sky Sports F1 at 1.10pm, build-up from 11.30am

Hamilton this year became the most successful Formula 1 driver of all time after beating Michael Schumacher’s wins record and equalling the Ferrari great’s seven championships.

Silverstone said in a statement that the stretch of track, flanked by the Wing building, would become the Hamilton Straight.

“It is the first time in Silverstone’s history that a part of the circuit has been named after any individual,” said British Racing Drivers’ Club president David Coulthard in a statement ahead of the season-ending Abu Dhabi Grand Prix.

“Lewis has become a huge part of this history and the directors of the Club and I felt there was no better way to mark this than to rename the iconic pits straight in recognition of his record-breaking achievements.”

Hamilton ‘not the usual me’ on return from Covid-19

Hamilton said it was “not the usual me” after he narrowly lost out to Red Bull’s Max Verstappen and team-mate Valtteri Bottas in the battle for Abu Dhabi GP pole position, as he “struggled” with his Mercedes car in qualifying on his return from coronavirus.

Hamilton will start from third on the grid behind his two perennial rivals for Sunday’s 2020 finale after an incredibly-close final battle for pole position in Q3. Polesitter Verstappen – claiming Red Bull’s first Saturday success of the year – second-placed Bottas and third-placed Hamilton were separated by less than a tenth of a second.

Hamilton returned to his Mercedes car on Friday after missing last week’s Sakhir GP due to Covid-19. After qualifying, Hamilton said he was “not 100 per cent” fit yet compared to when he last raced two weeks ago in Bahrain’s first race – but would give it his all on Sunday.

“Today was definitely hard. Actually, I think yesterday and today have both been a couple of the hardest days I’ve had probably in the car this year,” Hamilton told Sky Sports F1.

“I gave it everything I could, it was just not the perfect laps and not the usual me.

“I struggled with the car but I gave it everything I’ve got and it’s close between us all. It’s not miles of at least. I know there’s work to do tomorrow and there’s lots of opportunity.”

Speaking in the post-qualifying press conference, Hamilton said he was still feeling the after-effects of Covid-19.

“I am not 100 per cent, I still have some feeling within my lungs,” said the world champion.

“Normally, I would drive even if one of my arms was hanging off. That’s what we do as racing drivers and luckily that’s not the case.”

After returning a positive test on November 30 the day after winning the Bahrain GP, Hamilton spent 10 days in isolation in his hotel room, a period which ended on Thursday. He first posted a negative test in Bahrain on Wednesday.