Home Sport Fury hits out: I will KO AJ in three rounds 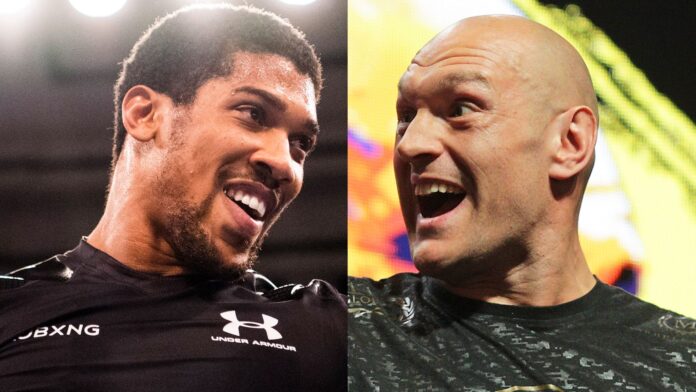 Tyson Fury after Anthony Joshua victory over Kubrat Pulev: “I want the fight! I want the fight next!”; Fury’s promoter Bob Arum calls the dream fight against Joshua the “biggest since Muhammad Ali vs Joe Frazier in 1971”

Joshua retained his IBF, WBA and WBO titles by flooring Pulev three times and knocking him out in the ninth round to edge closer to a fight with WBC champion Fury which would crown the division’s No 1.

Fury criticised Joshua’s post-fight interview on social media and said: “He got asked if he wants the fight and he went around the bushes.

Joshua had previously told Sky Sports: “Whoever has got the belt, I want the belt. If that is Tyson Fury, let it be!”

Fury’s US-based promoter, Top Rank’s Bob Arum, said: “It looks like the stage is set for the biggest heavyweight championship fight since Ali-Frazier in 1971, when Fury meets Joshua for the undisputed crown.

“We at Top Rank will start on Monday working to put that fight together.”

Peter Fury, the uncle and former trainer who led Tyson Fury to his win over Wladimir Klitschko, told Sky Sports about the proposed fight with Joshua: “They both have different styles.

“Tyson is a totally different ball game to Pulev. It would be a great fight. [The punches that knocked out Pulev] would not be landing on Tyson cleanly.

“Tyson is an exceptional talent himself. But if AJ can land, anyone is going down. But the same for Tyson – he’s a puncher as well. It works both ways.

“AJ is a little bit hesitant. When he fires a jab he needs to let his hands go. He waited too long.

“For me, AJ is too upright. There is no lateral movement. Tyson has all that in abundance, he is very awkward.”

Watch Joshua vs Pulev repeats on Sunday at 9am and 4pm. Book it via your Sky remote or book it online here. Even if you aren’t a Sky TV subscriber, you can book and watch it here.