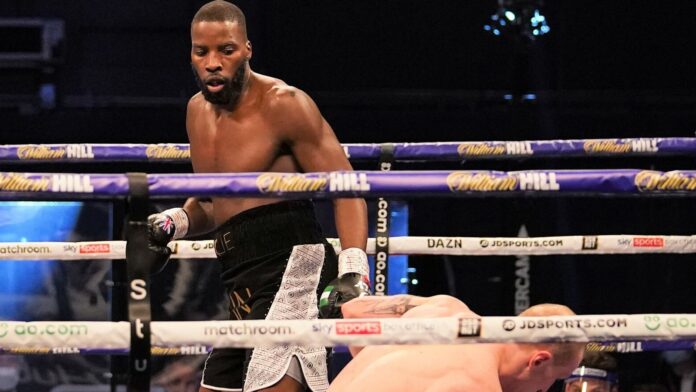 The unbeaten 27-year-old was denied a fight for the vacant WBO belt after Krzysztof Glowacki tested positive for Covid-19, but Okolie made short work of his Polish replacement opponent.

The explosive power in Okolie’s fists was evident in the opening minute as he rattled in a right hand before a body shot sent Jezewski to his knees.

A straight right hand then sent shockwaves through Jezewski’s legs as he tumbled back to the canvas.

Okolie would not be denied a quick finish and a right hand sent Jezewski tumbling backwards for a third and final time in the second round.

Promoter Eddie Hearn told Sky Sports: “He would have done the same thing to Glowacki!

“Glowacki, Makabu, Breidis – Okolie will go through the whole cruiserweight division before going to heavyweight!”

Watch Joshua vs Pulev repeats on Sunday at 9am and 4pm. Book it via your Sky remote or book it online here. Even if you aren’t a Sky TV subscriber, you can book and watch it here.