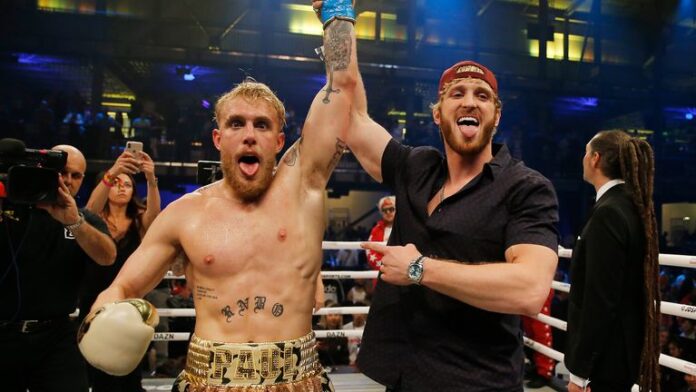 Bellator president Scott Coker tells YouTuber boxer Jake Paul: “Why do they always have to go to boxing? Maybe we could do [one boxing match and one MMA fight] to make it even.”

YouTuber boxer Jake Paul wants to meet Conor McGregor and Dillon Danis inside the ring but has been asked why he won’t fight in MMA instead.

Paul claimed that he has sent a $50m offer to fight McGregor in a boxing match, and also has a long-standing rivalry with the UFC star’s training partner Danis.

“You are scared to fight me, Conor,” the social media influencer Paul ranted on Monday night.

“You are ducking me because you don’t want to lose to a YouTuber.

“You want to fight Dustin Poirier who has less followers on Instagram than my dog!”

McGregor is making his UFC return next month against Poirier – his only match inside the boxing ring ended in a defeat to Floyd Mayweather in 2017.

Jake Paul’s brother Logan, also a YouTuber boxer who lost to KSI, has announced that he will fight Mayweather in an exhibition bout in February.

He rowed with Nate Diaz, the former rival of McGregor’s, on social media on Monday night too.

But Paul’s long-term target has been Danis, a pro MMA fighter with a 2-0 record who is an ally of McGregor’s.

“If Dillon wants to fight him in boxing we won’t step in the way,” said Bellator MMA president Scott Coker.

“Those conversations are ongoing, and have been happening.”

Asked about whether the Paul and Danis grudge was genuine, he said: “That is a true story. There is a bit of bad blood between those guys which started years ago.

“There was a boxing match that [Jake Paul] was fighting in – me and Dillon were going to go.

“But then we were told Dillon wasn’t welcome. They were afraid he would cause trouble.

“I said: ‘That is ridiculous’.

“I know there is a lot of trash talk back and forth.

“I spoke with Logan Paul and his manager last year in Miami about it, and they are very interested.

“They are talented athletes who have a wrestling background.

“Why do they always have to go to boxing? Maybe we could do [one boxing match and one MMA fight] to make it even.”

The finale of YouTuber boxing?

“Me and Jake Paul? There is a narrative. I beat his brother, he beat my brother. It is huge. People would love to see it.

“It is the finale of fights in terms of YouTuber boxing.”

Viddal Riley, the pro cruiserweight who acted as KSI’s trainer, said: “It needs to stop. It’s gone too far now.

“The only fight that makes sense is Jake and KSI. Once that happens, end it on a high note before YouTuber boxing gets a bad name.”