Home Culture Why Do Many Self-Driving Cars Look Like Toasters on Wheels? 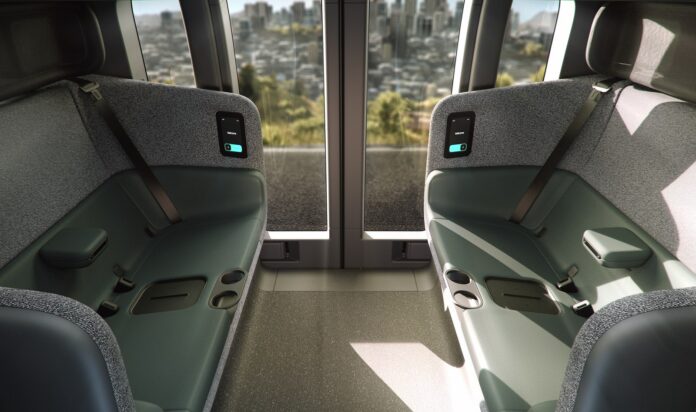 Welcome to the future: Step inside this toaster.

On Monday, the autonomous vehicle company Zoox—acquired by Amazon over the summer for a reported $1.2 billion—rolled out its robotaxi. The design, which has been in development for six years, may look familiar. Almost every autonomous vehicle concept revealed over the past few years—by carmakers, engineers, ride-hailers, and startups—has been a neat, rectangular box.

In this case, form equals function. Industry experts had long predicted that the first autonomous vehicles would be shared electric shuttles, to ferry multiple people around cities à la UberPool. Without any need for steering wheels or pedals, the cubes give passengers more room to maneuver inside. “We’ve made the decision to maximize the interior space and minimize the exterior space,” says Jesse Levinson, Zoox’s cofounder and chief technology officer.

The mint-green vehicle, which the company says will one day be used on a ride-hail network in cities like Las Vegas and San Francisco, is capable of driving bidirectionally and has a tight turning radius—better to navigate through busy city streets. Zoox says the electric vehicle will also be able to run up to 16 hours on a charge and travel at speeds up to 75 miles per hour, pretty fast for a boxy little thing. Zoox won’t say exactly when the vehicle might appear on a road near you, and Levinson says his team is still working on perfecting the self-driving software—the actual autonomous part. Toyota Highlanders equipped with Zoox’s tech have been testing in San Francisco since 2017.

As progress slows toward putting self-driving cars on the road, it’s looking like the vehicles may first be put to use schlepping things rather than people. Packages, after all, don’t complain when the robot takes the longer way around because it’s uncomfortable making left turns across traffic. The nice thing is that both people and packages can comfortably fit into cubes. Zoox, despite its new Amazonian overlords, insists that it’s still focused on robotaxis, though Levinson says “a lot of things are possible with our platform.”

So enter the microwaves on wheels. GM’s Cruise introduced its purpose-built six-seater, called Origin, at the beginning of 2020. Cruise designed the burnt-sienna-topped cube “as if conventional cars never existed,” says Carl Jenkins, the company’s vice president of hardware. He says the vehicle’s footprint is no bigger than a standard SUV, but it’s capable of carrying more people and things. Toyota’s e-Pallette, a concept first rolled out with Uber and Amazon in 2018, is a modular square that can be outfitted as a ride-hail vehicle, to deliver pizza or deposit packages, or as an office on wheels. The e-Pallette was set to debut shuttling athletes at the 2020 Tokyo Olympic and Paralympic Games, which have been delayed by the pandemic. (A spokesperson for Toyota had no update on the vehicle’s deployment.) Startups Optimus Ride and May Mobility have also presented boxy vehicles, which they are testing in closed communities around the country.

The boxes have a few other advantages. Autonomous vehicles can do their thing only with the help of finely tuned sensors—the radar, lidar, and cameras that tell their software exactly where the vehicles are and what’s around them. Rectangles lead to cleaner sight lines and more redundancy between sensors, allowing them to double-check that their measurements are true. In Zoox’s case, each corner of the vehicle plays hosts to a sensor pod full of robotic eyes, each with a 270-degree field of vision. “Achieving a high degree of performance and safety while being efficient is of utmost importance,” says Sean Harrington, the CEO of Boston-based Optimus Ride. Boxes, in other words, are safer and cheaper.