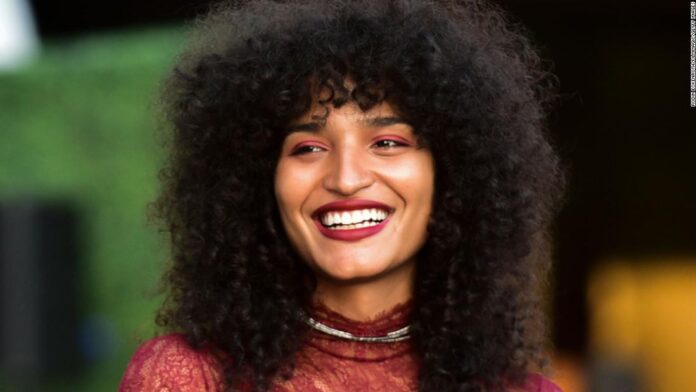 The 25-year-old “Pose” actor launched TranSanta, an initiative that lets users anonymously gift presents to trans kids and young adults in need.
“Trans issues don’t receive much visibility or attention unfortunately, but this year has been the most violent and deadly for my community,” Moore, who is nonbinary and uses they/them pronouns, wrote on Instagram. “It has been very upsetting.”
Moore explains how they hatched the idea for TranSanta with friend Chase Strangio, an attorney with the American Civil Liberties Union. The duo enlisted the help of Kyle Lasky and Pidgeon Pagonis.
“I didn’t have a chimney growing up in the Bronx or in foster care, but I do have my community now,” Moore said in an Instagram video. “My friends and I want to make sure that trans kids feel like they are a gift to this world because they are. Acceptance and love are gifts we all deserve all year.”
On TranSanta’s accompanying Instagram page, users can read letters submitted by almost 200 children. Users can then select a child to be taken to a Target registry with their wish list. There’s a 15-year-old in Tennessee asking for a cozy color-blocked sweater, while an 8-year-old in California aks for a tablet pen. Other gift requests range from a basketball to a rice cooker.
It’s estimated that LGBTQ youth make up 40% of the youth homeless population in the United States, despite representing 7% of the general youth population, according to True Colors United.
Another 92% of transgender adults who have attempted suicide did so before the age of 25, according to a 2015 report by the National Center for Transgender Equality.
Earlier this year, Moore raised $20,000 for pandemic relief to 400 LGBTQ people of color.