Home Lifestyle A. Lange & Söhne, Germany’s Most Famous Watch Brand, Is Celebrating Another... 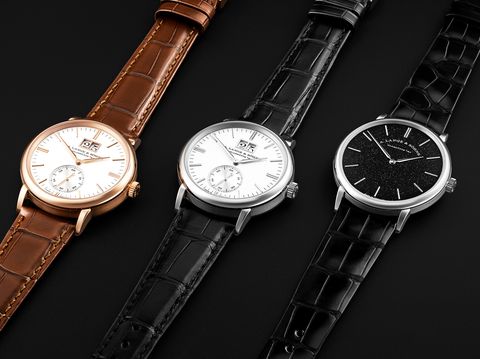 Date windows are a peculiarity of watchmaking that often prove divisive. For some, the date windows often added to existing watch designs to offer a little newness are considered an annoying and unnecessary intrusion, messing up the otherwise clean design of a dial. For luxury German watchmaker A. Lange and Söhne, however, they are vital and integral to the brand DNA.

A. Lange and Söhne’s 175-year history ago has been a more up-and-down affair than you might expect. From December 7, 1845, for very close to 100 years, it was a leading light in the localized German watchmaking hub around the town of Glashütte, situated in rolling, forested hills just south of Dresden. The Lange family supplied one-off, extraordinary timepieces to order for royalty across Europe. With a reputation for excellence and a restrained design language distinct from Swiss watchmaking, Lange looked set to celebrate its centenary even amidst the chaos of World War II. Then, on the last night of the war, a Russian bombing raid all but deleted the factory.

It was not, however, the war—or even the bombing—that did in A. Lange and Söhne. Before reconstruction could take place, the factory was expropriated and swallowed into the state apparatus of the newly formed, Soviet-controlled East Germany. Nationalized, the Lange name soon disappeared from the dials.

And that would have been that for A. Lange and Söhne and the rest of the fine watchmaking business in Glashütte, had not Walter Lange, great grandson of the founder Ferdinand A. Lange, thought the unthinkable and reregistered the name. After a long hiatus of 45 years, Lange re-established the brand—on the 145th anniversary, to the day, of its founding, with the help of a number of Swiss makers like IWC and Jaeger-LeCoultre. 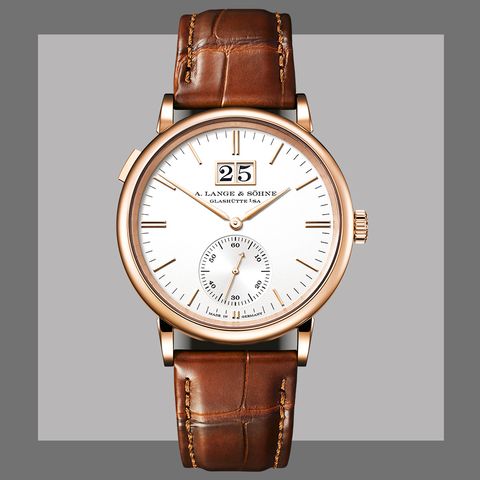 For Lange, merely re-establishing the name was not the goal. He set out to put the brand’s output—high-end watches with limited production and generally only using precious metals—back where it had been before the disaster of Nazi Germany. The very first patent Lange filed was for a watch with an oversized, double-window date function, inspired by the digital clock that his great grandfather’s mentor, Christian Gutkaes, had made for the Dresden Opera House. The Saxonia Outsize Date was amongst the first watches released by the reformed brand in 1994. It has been a mainstay of Lange output and a pillar of the brand’s penchant for clean, elegant, and highly finished watches that—unsurprisingly—come with high-end prices.

Thirty years on, another milestone was celebrated with the release last week, fittingly on December 7, of two new versions of the Saxonia Outsize Date in pink and white gold, and for the first time with silvered dials.

The next MacBook Pro: When is the first Apple Silicon Mac for pros launching?

Want to use an iMac as an external monitor? You need an old version of macOS

The next MacBook Pro: When is the first Apple Silicon Mac...

Want to use an iMac as an external monitor? You need...