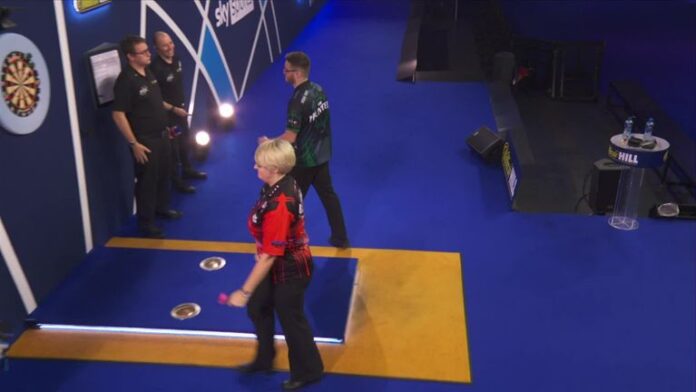 Some 12 months on from Fallon Sherrock’s history-making exploits at last year’s tournament, Ashton was hoping to make more headlines having become the first woman to win a PDC Tour Card via Q-School when she battled through amongst more than 500 other hopefuls.

The Lancashire Rose, a four-time women’s world champion, matched Hunt but faltered in the decisive set with mistakes at crucial moments.

Hunt was coolness personified as he took out 120 to win the match after Ashton had missed three darts to force the fifth set into a deciding leg.

Two years ago, Ashton had been beaten 3-1 by Jan Dekker in the first round, but a year on the circuit having won her Tour Card in January had sharpened the focus. She was chasing a first televised win over a male opponent – having racked up 20 of them during the regular darts season.

However, it wasn’t to be as Hunt moved into a second-round meeting with Jamie Hughes, and Ashton was left to reflect on what might have been.

Don’t miss a dart this Christmas thanks to the dedicated Sky Sports Darts channel all the way until January 4 with every session from the World Darts Championship, including the final on Sunday, January 3. Check out daily Darts news on skysports.com/darts, our app for mobile devices and our Twitter account @skysportsdarts