Home Sport Brees back at Saints practice after injury 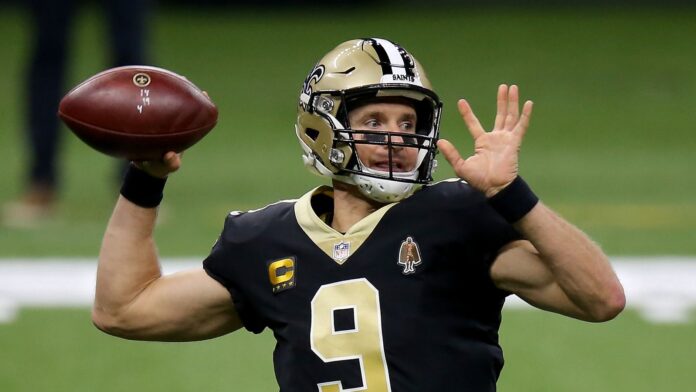 Drew Brees has been on injured reserve since the incident on November 15; the New Orleans Saints have 21 days to promote him to the active roster but head coach Sean Payton is in no rush; Taysom Hill has a 3-1 record in Brees’ absence

Drew Brees returned to New Orleans Saints practice for the first time on Wednesday since suffering 11 fractured ribs and a lung injury against the San Francisco 49ers last month.

The Saints quarterback landed on injured reserve after suffering the setback on November 15 and has missed the last four matches.

He was activated off injured reserve, opening a 21-day window for the team to promote him to the active roster.

However, while Brees has indicated he would like to feature against the 12-1 Kansas City Chiefs on Sunday, Saints coach Sean Payton will not rush the 41-year-old back.

“We haven’t ruled anything just because we don’t have to,” Payton said on Wednesday.

“He’s got a way to go still, and he’s someone we’re not going to just hurry back and just put him in the game.

“I think the significance of the injuries are such that you’ve got to make sure he can function and feel confident.”

Brees’ rehabilitation will also require him to throw without limitations and with a complete range of motion.

A lack of urgency in rushing their star quarterback back is also lessened by the steady performances of back-up Taysom Hill.

The 10-3 Saints have posted a 3-1 record in Brees’ absence with Hill under centre.

Hill has thrown for 834 yards in those four games and has eight touchdowns (four passing, four rushing). He has fumbled six times, losing three, and taken 13 sacks in the same time span.

His lone loss last week to the Philadelphia Eagles gave the Green Bay Packers the number one seed in the NFC, owing to a win over the Saints earlier in the season.