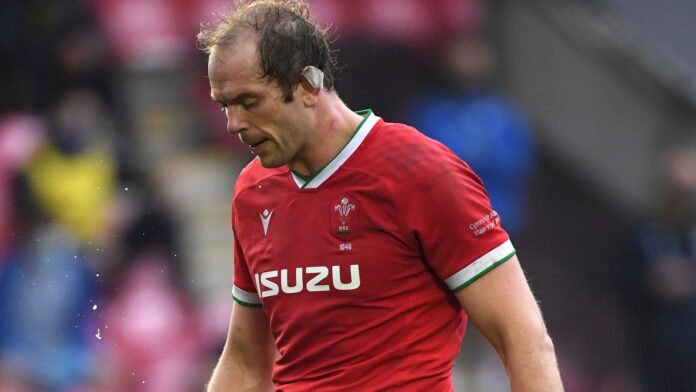 Wales captain Alun Wyn Jones faces a race against time to be fit for the start of this season’s Six Nations Championship.

Ospreys head coach Toby Booth says that Jones’ absence could be “double figures” in terms of weeks from when he was injured.

Wales kick off their Six Nations campaign at home to Ireland on February 7, which is followed by a Murrayfield appointment with Scotland six days later.

Speaking ahead of Ospreys’ European Challenge Cup game against Worcester on Saturday, Booth said: “We’ve spoken to the powers that be in relation to his knee.

“We think he will be double-figures weeks. If I said it to Alun, he would say: ‘I will be back in eight’. That’s the nature of the beast.

“He is probably going to be somewhere around that sort of time-frame, which is disappointing for him and obviously for us.

“If anyone is going to get back early, it will be him.”

The news is a major concern for Wales head coach Wayne Pivac, who has overseen just three victories in 10 Tests since succeeding Warren Gatland last year.

If Jones is ruled out of the Ireland game, Pivac has a number of options to captain the team, probably led by flanker Justin Tipuric.