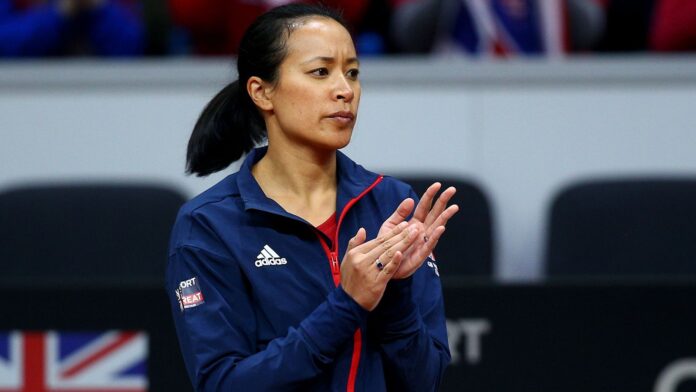 Great Britain’s Billie Jean King Cup play-off against Mexico has been pushed back; the two-day fixture in what was formerly known as the Fed Cup will be played at an as-yet-unannounced venue in Britain on April 16-17

Great Britain’s Billie Jean King Cup play-off against Mexico has been put back from February to April.

It had been due to be played on February 5-6 but the rescheduling of the Australian Open from mid-January to February 8 means those dates are no longer viable.

The WTA is still to produce a calendar for the forthcoming season but the ATP released its first few tournaments on Thursday morning, confirming the year’s first Grand Slam has been put back by three weeks.

That has meant a complete reshuffle of the first two months of the year, with more changes expected as the coronavirus pandemic continues to affect the sport.

The play-off tie will now be played at the same time as the inaugural finals week, with the winner maintaining their hopes of qualifying for the 2022 finals, while the loser must return to their regional zone.