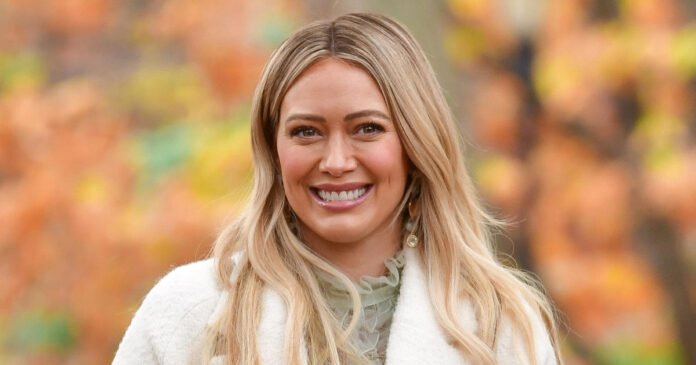 “I know the efforts and conversations have been everywhere trying to make a reboot work, but sadly it isn’t going to happen,” Duff, 33, announced on Instagram on Wednesday. “Hey now, this is what 2020 is made of,” she added, quoting her famous song.

In August 2019, news of the reboot was announced at the D23 Expo. The Dinsey+ series was going to feature an adult Lizzie in her 30s, navigating a career “as an apprentice to a fancy New York City decorator,” dating “the perfect man” and dealing with more “adult” themes.

The show, which began filming last year, was set to star the original actors from the beloved 2000s Disney Channel series. But it ended up being halted when Lizzie McGuire creator and revival showrunner Terri Minsky departed the show due to creative differences with Disney on which direction the character should take, Variety reported.

Duff said her hopes had been that any reboot of the series would be “honest and authentic to who Lizzie would be today.”

She had previously pushed for the Disney-owned streaming service Hulu to take on the Lizzie McGuire reboot, hoping it would allow the show more creative freedom.

“I’d be doing a disservice to everyone by limiting the realities of a 30 year old’s journey to live under the ceiling of a PG rating,” she wrote. “It’s important to me that just as her experiences as a preteen/teenager navigating life were authentic, her next chapters are equally as real and relatable. It would be a dream if Disney would let us move the show to Hulu, if they were interested, and I could bring this beloved character to life again.”

The original “Lizzie McGuire” show aired on Disney from 2001 to 2004, with “The Lizzie McGuire Movie” making its way to theaters in 2003.

“It’s been an honor to have Lizzie in my life,” Duff said. “We can all take a moment to mourn the amazing woman she would have been and the adventures we would have taken with her. I’m very sad, but I promise everyone tried their best and the stars just didn’t align.”