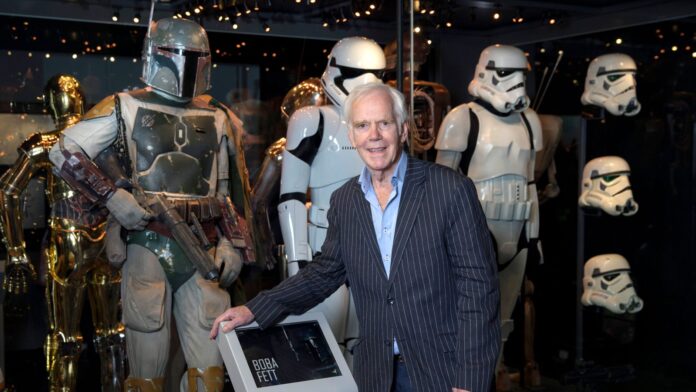 Jeremy Bulloch, who played bounty hunter Boba Fett in the original Star Wars trilogy, has died at the age of 75.

The English actor died on Thursday at a hospital in London after years of living with Parkinson’s disease.

His agents at Brown, Simcocks & Andrews said his death was due to health complications.

As the Mandalorian bounty hunter Boba Fett, Bulloch made off with a frozen-in-carbonite Han Solo in 1980s film The Empire Strikes Back, before zooming around the desert in a jet pack in the 1983 version of Return of the Jedi.

Boba’s appearances were brief but the character became a cult favourite and has even re-emerged in The Mandalorian on Disney+.

Billy Dee Williams, whose Lando Calrissian appeared with Bulloch in the films, said: “Today we lost the best bounty hunter in the galaxy.”

He added: “A fine actor, delightful company and so kind to everyone lucky enough to meet or work with him.

“I will deeply miss him and am so grateful to have known him.”

Bulloch was born in Leicester and acted on a number of British TV programmes, including Dr Who, Crown Court, and Sloggers.

He also appeared in Bond films For Your Eyes Only and Octopussy.

Bulloch is survived by his wife Maureen and their three sons.

His death comes less than a month after that of David Prowse, the man who donned the iconic Darth Vader suit in the original Star Wars trilogy.

Prowse, who died after a short illness, was 85.