Home Sport Hedman: I hope I bring my A-Game 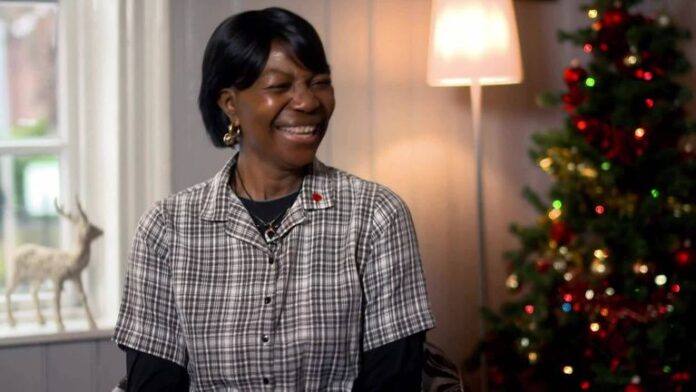 Hedman will become the second oldest debutant in PDC World Championship history at the age of 61; the former World Masters champion takes on Andy Boulton for a place in the second round, live on Sky Sports Darts

Deta Hedman will aim to create more darting history when she makes her World Championship debut at the age of 61 on Saturday evening, but she insists she’s just hoping to produce her A-game at the Alexandra Palace.

The three-time women’s world finalist will take on Stoke-on-Trent’s Andy Boulton in her opener, with a second-round clash against former BDO world champion Stephen Bunting the reward for the winner.

Hedman secured her place in the sport’s showpiece event via the inaugural PDC Women’s Series in October, qualifying at Fallon Sherrock’s expense following a dramatic conclusion to the competition.

Hedman – who clocks up 13-hour shifts at the Royal Mail four times per week – spoke to Emma Paton ahead of her World Championship bow, and she is relishing her opportunity in the spotlight.

“I would like to bring my A-Game,” Hedman told Sky Sports.

“As long as I play well, because I don’t care what anybody says, if you play badly, they won’t look at it thinking it’s just an off-day.

“They will think: ‘How the hell did she get there?’, which you do in all sports, because it’s such a fine margin and there are so many good, good girls.

“For me, I am hoping I bring my A-Game, and then what will be will be.”

‘The Heart of Darts’ will become the second oldest debutant in PDC World Championship history, with John MaGowan retaining his record having made his bow at the age of 64.

However, she will follow in the footsteps of brother Al, who was beaten by Bob Anderson in the 2003 edition, and she claims that playing against her older sibling sparked her love for the sport.

“I used to babysit for Al and when he came home, we would have a game of darts in his kitchen,” she continued.

“That’s where it all started. He used to beat the hell out of me on the dartboard, and I used to say to him: ‘I’m not going until I get a leg!’

“I just fell in love with it and every moment I had, I would go down and play darts with Al.”

Hedman is the first black woman to compete in the 28-year-history of the PDC World Championship, although the former World Masters champion is no stranger to creating history.

Sherrock received unprecedented coverage for her wins over Ted Evetts and Mensur Suljovic 12 months ago, whilst Lisa Ashton – who was beaten by Adam Hunt on Wednesday – also hit the headlines after securing her PDC Tour Card in January.

Nevertheless, Hedman was the sport’s original trailblazer, becoming the first woman to register a televised victory over a male opponent at the 2005 UK Open – ironically defeating Aaron Turner, the husband of Sky Sports commentator Laura.

“That was so minute then wasn’t it, because again it’s the media, isn’t it?

“I remember Helen Chamberlain at the time was interviewing – she came up and gave me a hug, but I won more than one game that weekend, and that was it,” she continued.

“I didn’t think anything else of it because I’d just played a game of darts, but it’s in the history books, so it will never be taken away.”

The women’s game has evolved considerably since Hedman began plying her trade in the 1980s, but the England Youth ambassador hopes her appearance at the World Championship could inspire a new generation of talent.

“Hopefully darts is still on the high that it is, because darts was in the doldrums at one time,” added the three-time world finalist.

Saturday evening at the Worlds

“Then obviously Barry [Hearn} came in and with Sky and everything, it’s absolutely exploded, so we’re hoping that it continues and people don’t lose interest.

“I am hoping that the ladies’ game goes to another level and I’m still around to see it.”

Sky Sports Darts expert Wayne Mardle has paid tribute to Hedman’s longevity and although he concedes she faces a tough assignment against Boulton, ‘Hawaii 501’ believes she’s capable of causing an upset.

“Deta has been world-class and winning ranking events since the ’80s. She has already won one this year as well. No-one has won ranking events in five decades like she has, so she’s special in that regard,” Mardle told Sky Sports.

Deta has probably won more events than the whole field put together. She has literally won dozens of events every single year for nigh on 35, 40 years. It is ridiculous!

“As a human being, she has been such a trier. There is not a lazy bone in her body. She will be giving it absolutely everything. I believe that she will find it really tough against Andy Boulton.

“He’s never going to set the board alight averaging 110, 115, but what he will do is probably average mid to low 90s and that will probably be enough to see off Deta, but she will worry him.

“Deta has probably won more events than the whole field put together. She has literally won dozens of events every single year for nigh on 35, 40 years. It is ridiculous!

Test results back now its sinking in ! Tomorrow evening i will be playing on the Ally Pally stage , this is the greatest feeling ever i thought these big days were in the past .@OfficialPDC @LstyleEurope @One80Dart

“I just want Deta to go up there, relax and enjoy herself, because she can sometimes look like the world is on her shoulders. We are all there to see her play well and if she can pull off a brilliant win, it would be great to see.

“Donna [Mardle’s wife] and I have been around Deta since we were teenagers. Deta and Donna were steady pairs partners back in the day and they won the Gold Cup pairs.

“I have an affinity with Deta because she’s probably given my wife the best moments in darts that she’s ever had.”

Don’t miss a dart this Christmas thanks to the dedicated Sky Sports Darts channel all the way until January 4 with every session from the World Darts Championship, including the final on Sunday, January 3. Check out daily Darts news on skysports.com/darts, our app for mobile devices and our Twitter account @SkySportsDarts