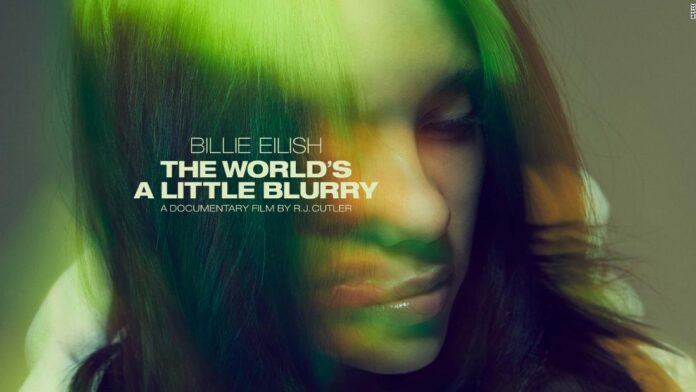 The film, titled “Billie Eilish: The World’s A Little Blurry,” tells the “true coming-of-age story” about the 19-year-old star, Apple said.
It will be released on Apple TV+ on February 26, 2021.
Eilish gained huge popularity after she released track “Ocean Eyes,” written by her brother Finneas O’Connell, to Soundcloud in 2015. She shot to global fame at the age of 17 when her track “Bad Guy,” from the debut album “When We All Fall Asleep, Where Do We Go?” reached number one in several countries around the world.
She made history at the Grammy Awards this year, becoming the youngest solo performer ever to win Album of the Year.
The singer swept four of the top categories at the awards, including Best New Artist, Song of the Year, Record of the Year and Album of the Year.
Created by the award-winning filmmaker R.J. Cutler, the documentary will offer a “deeply intimate” look at Eilish as she navigates life on the road and stage, as well as her family life, while recording and writing her debut album.
The documentary film will also feature Eilish’s brother and her parents, the actors Maggie Baird and Patrick O’Connell.
Last month, Eilish debuted a new song titled “Therefore I Am.”
The song’s lyrics are about a mystery person who Eilish sends a clear message to: “I’m not your friend or anything / Damn, you think that you’re the man / I think, therefore, I am,” she sings.
“Stop, what the hell are you talking about? Get my pretty name out of your mouth,” the song continues.
In an interview with Apple Music’s Zane Lowe about “Therefore I Am.” Eilish wouldn’t explain who — if anyone — the song was written about.
“This song is very, very up for interpretation,” Eilish said of the new track. “I’m very curious to see what people get from it and also what they feel when they hear it. I don’t know. But yeah, it’s a little mean. I love it.”