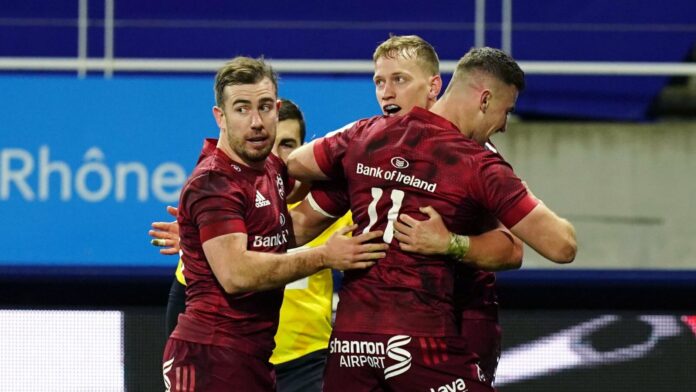 “That’s the stuff dreams are made of, to start your first European game in Clermont against (Rabah) Slimani, one of the best scrummagers in the world”; Van Graan pays tribute to Munster’s belief and singles out debutant prop Josh Wycherley who was superb against Clermont’s vaunted pack

Munster head coach Johann van Graan never stopped believing his side could pull off one of the greatest comebacks in the history of the Heineken Champions Cup.

The Irish province were 28-9 down against a rampant Clermont Auvergne side after first-half scores from Alivereti Raka, Damian Penaud, Etienne Fourcade and a penalty try.

But 24 points from the boot of JJ Hanrahan and tries from Mike Haley, CJ Stander and Kevin O’Byrne completed a famous comeback to put Munster on course for the knockout stages.

And Van Graan believes all their hard work throughout the extended pre-season paid dividends.

“We definitely thought we could win, we came here to win, we didn’t come here to get a bonus point and the message at half-time was that ‘if we believe in our plan and stick to the process we will win this game’,” he said.

“I asked the 23 guys to stick to what we do, we spoke a lot in the week and credit to the players because they believed until the final second of this game.

“What we have done over the last six or seven months and all the work we’ve put in over lockdown, all the fitness we have done and small tweaks to our plan gave us belief.

“If you look at the tries they scored, we gave them some easy tries, the first one from kick-off and then the yellow card, which resulted in a penalty try.

“We left a lot of opportunities out there in the first half but we knew if we kept running hard we would get line-breaks and that try from Mike Haley was a good example. It’s an excellent win from our side.”

A cornerstone of the Munster comeback was the set-piece power provided by Josh Wycherley on his Heineken Champions Cup debut.

But Wycherley shunted the seasoned international back time and time again to put Munster back on the front foot and Van Graan singled out his front-row prospect for praise.

“That’s the stuff dreams are made of, to start your first European game in Clermont against Slimani, one of the best scrummagers in the world,” he added.

“To come up with that performance is exceptional and I’m so happy for him.

“It’s a whole team effort but when I phone Josh on Thursday evening and told him he was starting, I asked if he was ready and he said, ‘coach I’m ready to go’. It’s about backing our squad and we certainly did.”