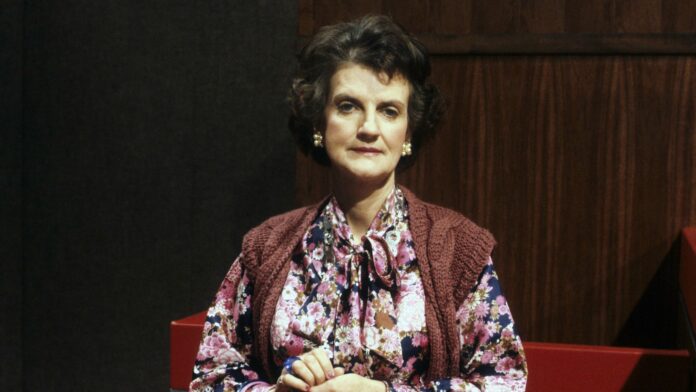 Friday Night Dinner star Rosalind Knight, whose stage and screen career spanned more than six decades, has died at the age of 87.

Known to younger audiences as Horrible Grandma in the Channel 4 comedy, she will also be remembered for her roles in the early Carry On films.

Appearing in Carry On Teacher and Carry On Nurse in the 1950s, she also played a schoolgirl in the 1957 film Blue Murder At St Trinian’s, and decades later was a teacher in The Wildcats Of St Trinian’s in 1980.

On the stage, she made her name opposite Vanessa Redgrave in the 1961 Royal Shakespeare Company production of As You Like It.

Her family said in a statement: “It is with huge sadness that the family of Rosalind Knight announce her death following a glorious career as a well-loved actress in theatre, TV and film.

“She was known to so many generations, for so many different roles, and will be missed as much by the kids today who howl at Horrible Grandma in Friday Night Dinner as by those of us who are old enough to remember her in the very first Carry On films.”

Knights’ film appearances included Tom Jones, Start The Revolution Without Me opposite Gene Wilder, The Lady Vanishes, Prick Up Your Ears, About A Boy with Hugh Grant, and The Lady In The Van.

She also had the last word in the famous 1980 Cockburn’s Special Reserve Port advert with: “Did anyone bring the petits fours?”

Her daughters, theatre director Marianne Elliott and actress Susannah Elliott, said she would be remembered for her “immense spirit and sense of fun, and her utter individuality.”

They said: “Our mother had the most astute, vibrant personality and made people laugh wherever she went.

“She was a great reader, art lover and raconteur. She contributed in a voluntary way to the theatrical world through her involvement in the building of the Royal Exchange Theatre, alongside her husband Michael Elliott, and her support for the Actors Centre and the Ladies’ Theatrical Guild.

“She was an active member of her local history society and opera society, and was a fierce campaigner and fundraiser for the Hogarth Trust.

“She will be greatly missed by all who knew her”.