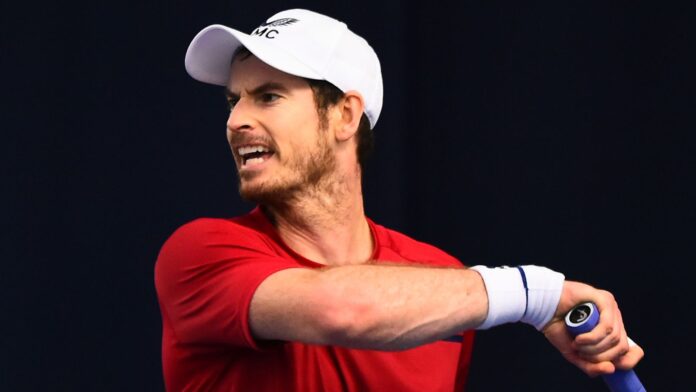 The National Tennis Centre plays host to the third such Battle of the Brits event, with a domestic-only match-play league designed to help British players prepare for the 2021 season, including Andy Murray and Dan Evans

Two-time Wimbledon champion Andy Murray made an encouraging return to action by beating Dan Evans at the Battle of the Brits exhibition series on Sunday.

Playing for the first time since he prematurely ended his season after defeat in Cologne in October due to a pelvic problem, Murray served well and moved around the court without any major issues to defeat the world No 32.

The Scot won two tight sets to triumph 7-6 (7-5) 6-4 at the tournament, which is being held at the National Tennis Centre in Roehampton.

A battling Murray saved six break points before taking the first set, then broke an increasingly frustrated Evans in the opening game of the second.

He is set to continue his preparations for February’s Australian Open when he faces Cameron Norrie on Tuesday.

Fans will be able to watch via live streaming, with the four-day competition played over a 30-match league format, with each player in action at least once across the four days.