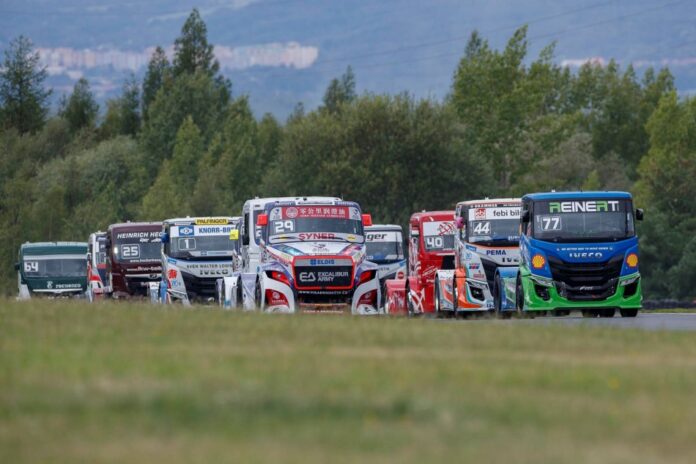 The FIA has opened entries for next year’s FIA European Truck Racing Championship season. Competitors willing to take part in 2021 as full season entrants will be accepted until April 23, 2021.

As announced in October, the championship will be held across a seven-round calendar, starting on the penultimate weekend of May at Misano, Italy, and concluding at the beginning of October at Circuito del Jarama, Spain. Along the way the championship will return to its traditional venues, including the Hungaroring, the Nürburgring, Autodrom Most, Circuit Zolder and Le Mans Bugatti Circuit.
At the recently held FIA World Motor Sport Council meeting, next season’s Sporting and Technical regulations were approved.
Manuel Vidal, FIA Truck Racing Commission President, said: “A very challenging year is nearing the end and I’m glad that we can now focus on the 2021 FIA European Truck Racing Championship season, with the opening of entries being a symbolic moment. In terms of preparation, now we’re in a much better place to tackle any potential difficulties and safeguard the season.”

Georg Fuchs, ETRA Managing Director, said: “Opening the entries is always a bit of a milestone for us, as it kicks off the preparations for next season. We have a proven health concept in place for our events and will work to further fine-tune it depending on the circumstances. We had a very strong and competitive grid this year and are excited to see what the 2021 season will bring.”