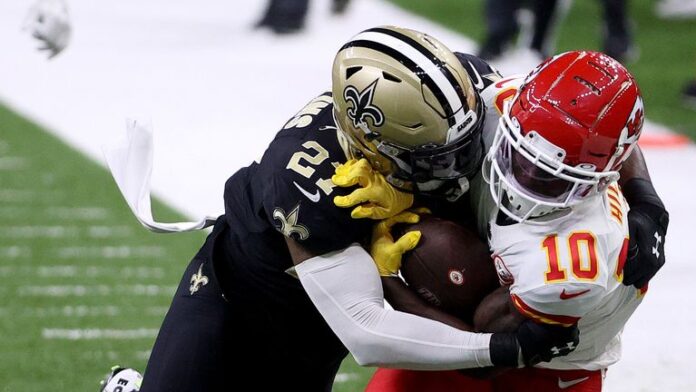 Marty Hurney first arrived with the Carolina Panthers in 1998 before taking over as general manager four years later. In explaining the team’s decision to part ways with Hurney, owner David Tepper outlined the need for a ‘refresh’

The Carolina Panthers announced on Monday they have fired general manager Marty Hurney following over 20 years as part of the organisation.

Hurney arrived at the Panthers as director of football administration in 1998 before being appointed as general manager in 2002, losing his role in 2012 but returning on an interim basis in 2017 until he was re-hired to the job permanently at the end of the season.

He departs with the Panthers sitting 4-10 under first-year head coach Matt Rhule and bottom of the NFC South following Saturday night’s 24-16 defeat to the Green Bay Packers, marking their third straight loss.

“I think sometimes you just need a restart, a refresh,” owner David Tepper said in a statement on the Panthers website.

“I think it’s just time, on both sides, to do that. It just seems like the right time to move forward.”

Hurney leaves behind an attractive position in the NFL, including an exciting up-and-coming head coach in Rhule and a talented young nucleus.

Teddy Bridgewater has proven more than capable under center since taking over from Cam Newton in the offseason, while in Christian McCaffrey, despite his injury woes in 2020, the Panthers boast one of the elite multi-purpose running backs in the league.

An NFL-first all-defensive Draft back in April has meanwhile set the Panthers up well for years to come, with No 7 overall pick Derrick Brown carrying the potential to be one of the most disruptive defensive linemen in the league and second-round safety Jeremy Chinn having been a standout performer in his rookie year.

“This team could easily have another four wins,” added Tepper. “The eight games that we had the ball last to win or tie – seven to win, one to tie – if you win four of those games, you’re in a totally different position right now with this young team. So looking at next year, I’m very hopeful where we will be and what we will do.”

Tepper continued to explain that coach Rhule will also have a key say in who comes in as Hurney’s successor this offseason as he continues to shape the team to his liking.

“You look at successful organisations, and there’s a certain alignment between the head coach and the GM,” Tepper said.

“To think that you can do that without some sort of alignment is nuts. So to not have a head coach with some input into that is stupid. I don’t want to be stupid, OK?”