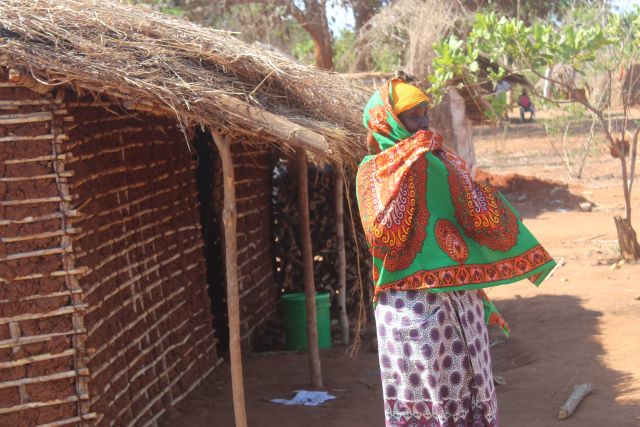 Just one year after Cyclone Kenneth hit the province of Cabo Delgado, destroying over 50 000 ha of cropland as well as fishing boats and equipment, more than 300 000 people in the region have struggled to rebuild their lives. Now, the worsening conflict threatens their recovery, with over 560 000 people internally displaced.

“People here are facing a great deal – the cyclone, the COVID-19 pandemic, and conflict,” said Patrice Talla, subregional coordinator for Southern Africa of the Food and Agriculture Organization of the United Nations (FAO). “It is important that we support both displaced people and host communities who are highly vulnerable and at high risk of food insecurity. It is crucial to adopt an integrated approach, which addresses both the immediate needs of affected populations, and starts the process of rebuilding the lives and livelihoods of these communities, while helping them move towards resilience and self-reliance.”

FAO is currently implementing four projects in conflict and cyclone-affected areas, as part of a larger humanitarian response to provide support to the most vulnerable populations affected by Tropical Cyclone Kenneth as well as those displaced by conflict and violence.

About 100 000 of the most vulnerable people (20 000 households) affected by heavy rains, floods and armed conflict are receiving urgent livelihood support packages from FAO, composed of seeds and agricultural tools. This will allow those who have been displaced to produce food during the main planting season, reducing their dependency on host communities and food assistance.

Assistance will be provided to host communities to build their capacity to cope with increasing pressure on natural resources and promote sustainable agricultural practices that are resilient to shocks and crises.

So far, FAO has mobilized USD 3.9 million through the generous contributions of the Governments of the United Kingdom of Great Britain and Northern Ireland and the United States of America, and the UN’s Central Emergency Response Fund (CERF).

Agriculture is the primary source of livelihood for more than 80 percent of Mozambique’s rural population and contributes to about 24 percent of the national GDP. More needs to be done to address the impacts of the multiple shocks the country is facing. FAO will continue to work closely with the Government of Mozambique and partners to ensure that affected people are able to rebuild their lives and strengthen the resilience of their households, while building the resilience of the food systems in which they are a part.

Under the 2021 Humanitarian Response Plan, FAO is appealing for USD 15 million to address the emergency in Cabo Delgado and support the IDPs and host communities who rely on the agricultural sector for their survival.