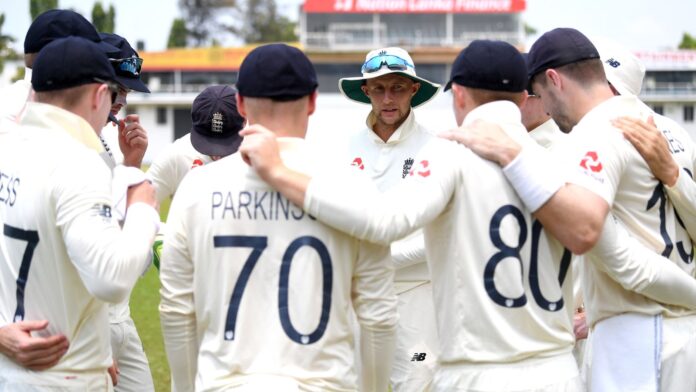 England still plan to take a chartered plane to Sri Lanka on January 2 for two-Test series; ECB and Sri Lanka Cricket Board have held positive talks; England will spend 10 days in quarantine before first Test in Galle on January 14

England remain hopeful January’s tour of Sri Lanka will go ahead despite the new strain of Covid-19 to hit the UK.

The Sri Lanka government has suspended commercial flights from the UK but the ECB has been given travel exemptions so Joe Root’s Test side will take a chartered plane to Sri Lanka on January 2.

Talks between the nations’ cricket boards have been positive and England – who will be tested for coronavirus before they depart and then upon arrival – expect the two-match tour to proceed as planned.

England will spend 10 days in a bio-secure bubble in Hambantota after arriving in Sri Lanka – although they will be able to train outside.

Root’s men will then face Sri Lanka in behind-closed-doors Tests in Galle, with the first from January 14 and the second from January 22.

The Sri Lanka-England series, which is part of the World Test Championship, was supposed to take place in March this year but was abandoned midway through the tourists’ warm-up game in Colombo amid the escalating situation surrounding the coronavirus pandemic.

Dr Daminda Attanayake, the Sri Lankan team’s physician, told ESPNcricinfo: “I don’t think we should [look at the new strain as something that jeopardises the tour].

“Yes, anxiety is high at this stage from everybody. But when you look at the scientific evidence, I don’t think we should stop it. We might have to take extra precautions, but we don’t need to stop the tour.”