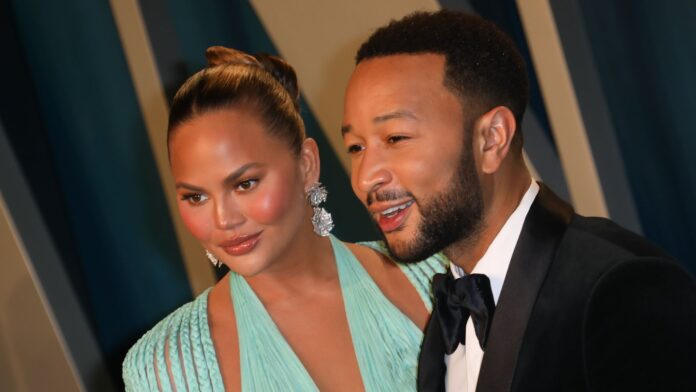 Model Chrissy Teigen has said she will never be pregnant again, after her miscarriage earlier this year.

Teigen, who is also a cookbook writer, revealed in October that she and husband John Legend had lost their son, named Jack.

In a post on Instagram on Wednesday, Teigen said she will not have any more children, alongside a photo showing her still with a bump.

She said she was “sad” that she will never be pregnant again, saying: “This is me and my body, just yesterday.

“Even though I’m no longer pregnant, every glance in the mirror reminds me of what could have been.

“And I have no idea why I still have this bump, honestly. It’s frustrating.”

Teigen said she is “proud of where this entire journey took my body and mind in other ways”.

“I love being pregnant, so so much, and I’m sad I never will be again,” she said.

“But I am lucky to have two amazing little ones who are transforming into big little people more and more every single day.”

The star was praised by many for sharing photos from hospital following her miscarriage, which included one showing her and Legend saying goodbye to their son.

She wrote back in October: “I lived it, I chose to do it, and more than anything, these photos aren’t for anyone but the people who have lived this or are curious enough to wonder what something like this is like.

“These photos are only for the people who need them. The thoughts of others do not matter to me.”

Teigen and Legend, who have been married since 2013, have two children named Luna and Miles.

Youth Art Contest for the One Health Future We Want