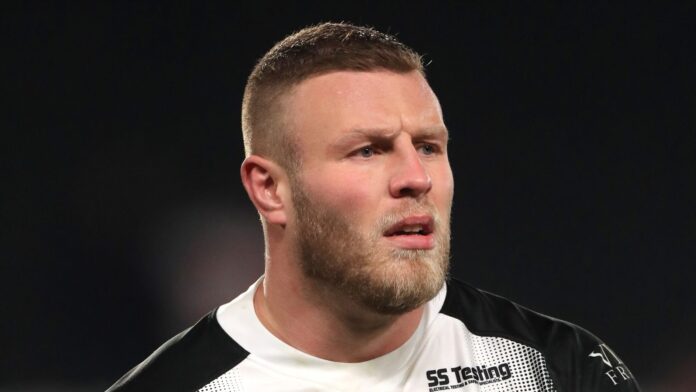 Josh Jones has moved to Huddersfield Giants from Hull FC; Great Britain forward has agreed a one-year contract; Jones says he is impressed by the ambition at Huddersfield; he has been capped three times by Great Britain

The 27-year-old forward, who has been capped three times by his country, has agreed a one-year deal with the Giants.

Huddersfield head coach Ian Watson told the club website: “What he’ll bring to the club is genuine quality, which has been key to all our moves, and a winning mentality.

“He’s extremely competitive, he offers attacking prowess, offloads and a quick play-the-ball. He’s also one of the best defensive players in the competition, he really understands the game.”

Jones began his career with St Helens and has also played for Salford.

“I’m impressed by the ambition of the club,” he said.

“There’s a great base here to win something and compete, and Ian Watson spoke to me about his goals and the clubs ambition, which really drove me to come and sign here.

“We’re here to challenge and that’s what attracted me here. There’s lots of potential.”

Leutele back in Super League with Giants

Jones’ arrival comes after Watson boosted his options in Huddersfield’s back line with the signing of Ricky Leutele from Melbourne Storm last week.

Centre Leutele previously played in Super League for Toronto Wolfpack, helping them win promotion from the Championship in 2019 and making seven appearances in all competitions for the Canadian club this year, scoring two tries.

The former Cronulla Sharks man returned to Australia following Toronto’s withdrawal from Super League, joining eventual NRL champions the Storm until the end of the season, but became another addition to the Giants’ squad since Watson was appointed head coach.