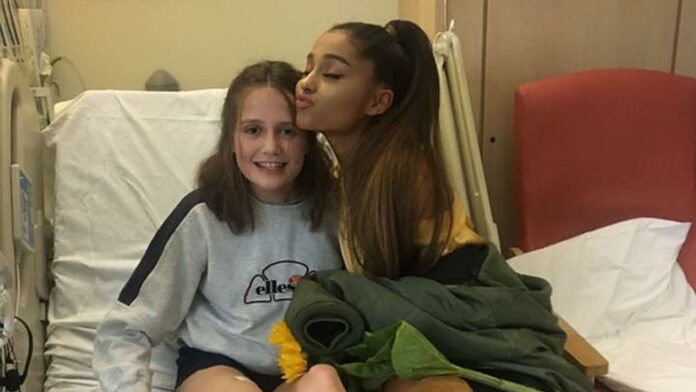 Ariana Grande has sent Christmas presents to hundreds of patients in hospitals in Manchester.

It is three years since a terror attack killed 22 people at the pop star’s concert in the Manchester Arena, and the city has been close to her heart since.

The 27-year-old Positions singer sent gifts and Amazon vouchers to patients at Royal Manchester Children’s Hospital and Manchester Royal Infirmary – where a number of the victims were treated.

Shortly after the attack, Grande had visited young patients in the Royal Manchester Children’s Hospital.

In a post on Facebook on Thursday, the children’s hospital shared pictures of its young patients holding their presents.

Others held up a note addressed to Grande thanking her for the “beautiful gifts” and wishing her “happy holidays”.

“We are extremely grateful to Ariana Grande for thinking of our young patients this Christmas,” the hospital said.

“It means so very much to us that the hospital is close to Ariana’s heart and that she has chosen to spread festive cheer by donating vouchers, toys and gifts for our patients.”

One father told the Manchester Evening News that every child in Manchester Royal Infirmary was given a voucher by the pop star, calling it a “lovely gesture”.

“It’s brought a lot of joy after everything that’s gone on with the pandemic this year,” he said.

Grande, who announced her engagement to boyfriend Dalton Gomez this week, also sent presents to patients at a children’s hospital near her Los Angeles home.

“Their generosity saw to it that our kid’s holiday wish lists were granted and that the delivery came with surprise pizza and meal deliveries,” it said.