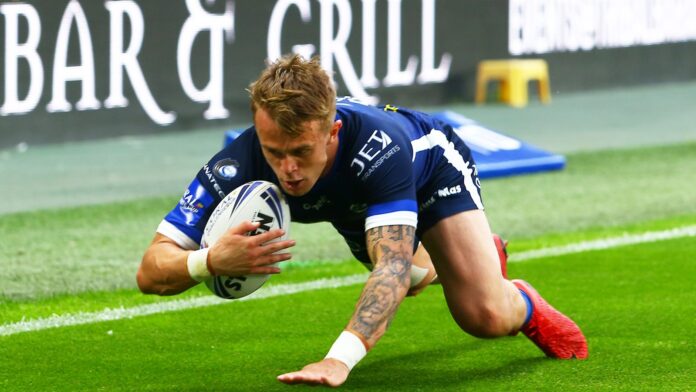 The Scotland international, who joined the Dragons from Wigan in 2017, scored 22 tries in 66 games for the French side.

A Catalans Dragons statement said: “We would like to wish him all the best for the future. Thanks Lewis!”

“He has come through the pathway at Wigan winning major trophies and kicked on to be remembered at Catalans for their Challenge Cup Final win not too long ago.

“He will fit straight into our growing squad and will flourish with the way we want to play. I can’t wait to see him and get going.”

The 33-year-old was Salford’s leading points and try scorer in 2020 and has agreed to stay on for the 2021 campaign.

Inu told the club’s website: “I’m really pleased to have extended my stay at Salford.

“I love playing here and I think that helped me get back to my best last season.

“The boys are great to be around and it’s been two finals in two years for us since I arrived, so we all want to go that one step further now. Everyone is excited for our first proper home match since March and I’ve definitely missed that atmosphere.”