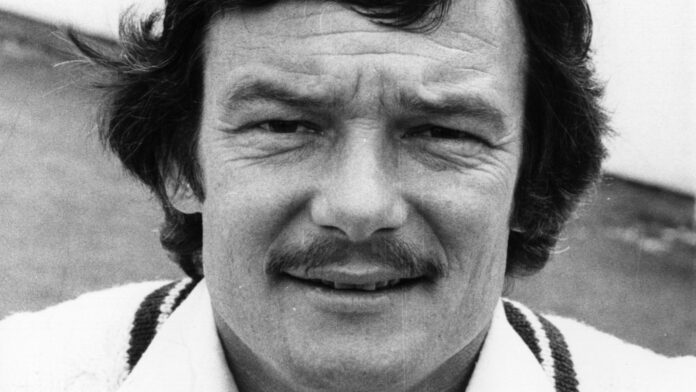 International Cricket Council confirms the passing of Jackman, who earned four Test and 15 one-day international caps for his country and claimed over 1,400 first-class wickets in a career that lasted 16 seasons

Former England and Surrey bowler Robin Jackman has died at the age of 75, the International Cricket Council has announced.

Jackman played in four Tests and 15 one day internationals for his country, while he took 1,402 wickets in a 399-game first-class career that spanned between 1966 and 1982.

Following his retirement, he became a successful commentator in South Africa, where he lived with his wife Yvonne.

A statement from the ICC read: “We are saddened to learn about the death of legendary commentator and former England bowler Robin Jackman, who has passed away aged 75.

“The thoughts of the cricketing world go out to his family and friends during this difficult time.”

Jackman made his one-day debut for England in 1974 but had to wait until 1981 for his Test bow, which came during an England tour of the West Indies where his presence caused controversy.

The Guyanese government revoked his visa due to his regular winters spent playing cricket in apartheid South Africa, and the incident led to the second Test being cancelled.

But he was eventually given the go-ahead to play in the next Test in Bridgetown, where he took five wickets in an England loss.

He made three further England Test appearances, the last coming in a three-wicket win against Pakistan at Headingley in 1982. He ended his Test career with 14 wickets at 31.78.

Jackman played a part in Surrey’s 1971 County Championship victory, although he did not play in the deciding match, while he was key to the club’s NatWest Trophy success in 1982 – taking two wickets in the final having taken six for 22
in a quarter-final win.

His broadcast career made his voice a familiar one around the world, especially in South Africa, whose Test players AB de Villiers and Ashwell Prince were among those to pay tribute on social media to a man they knew as ‘Jackers’.